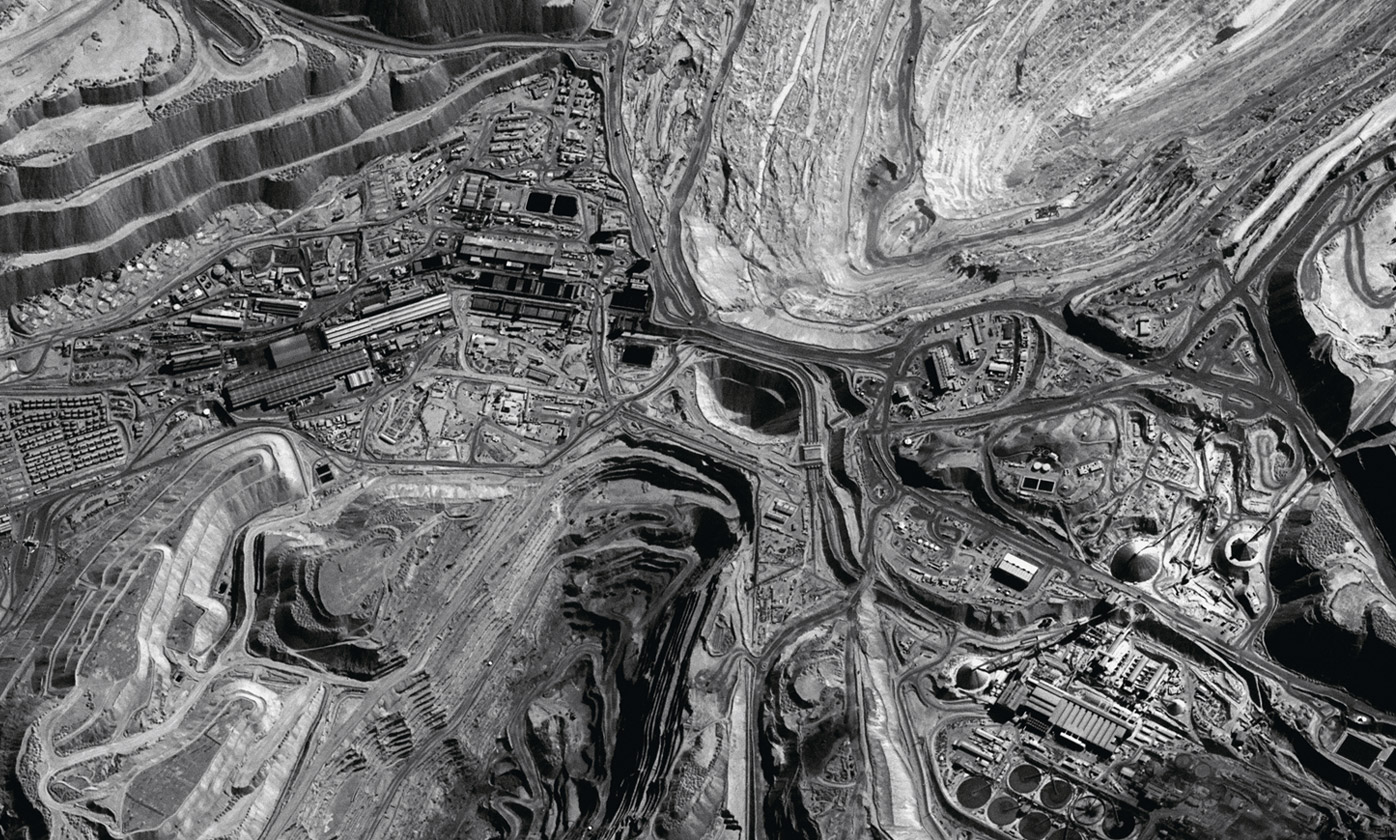 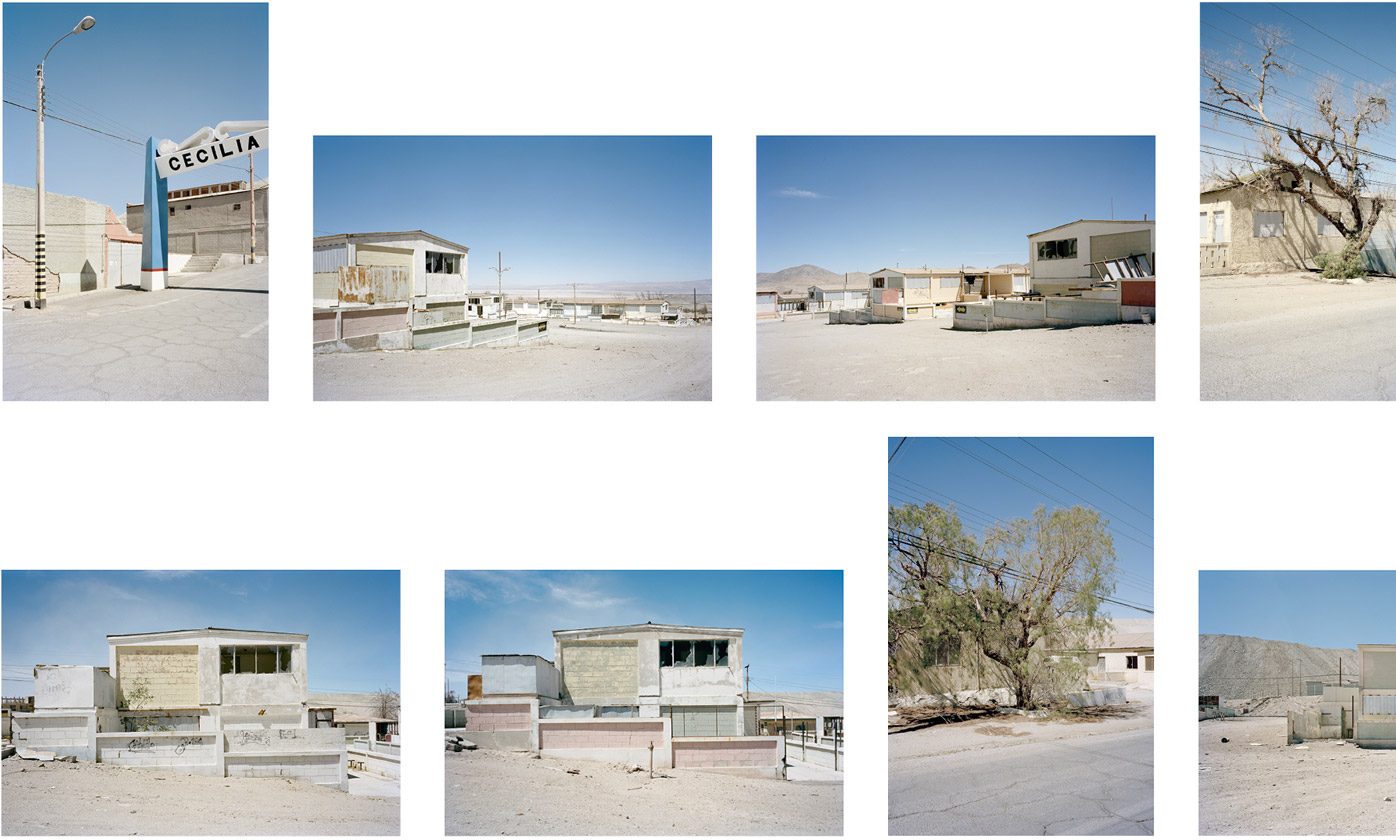 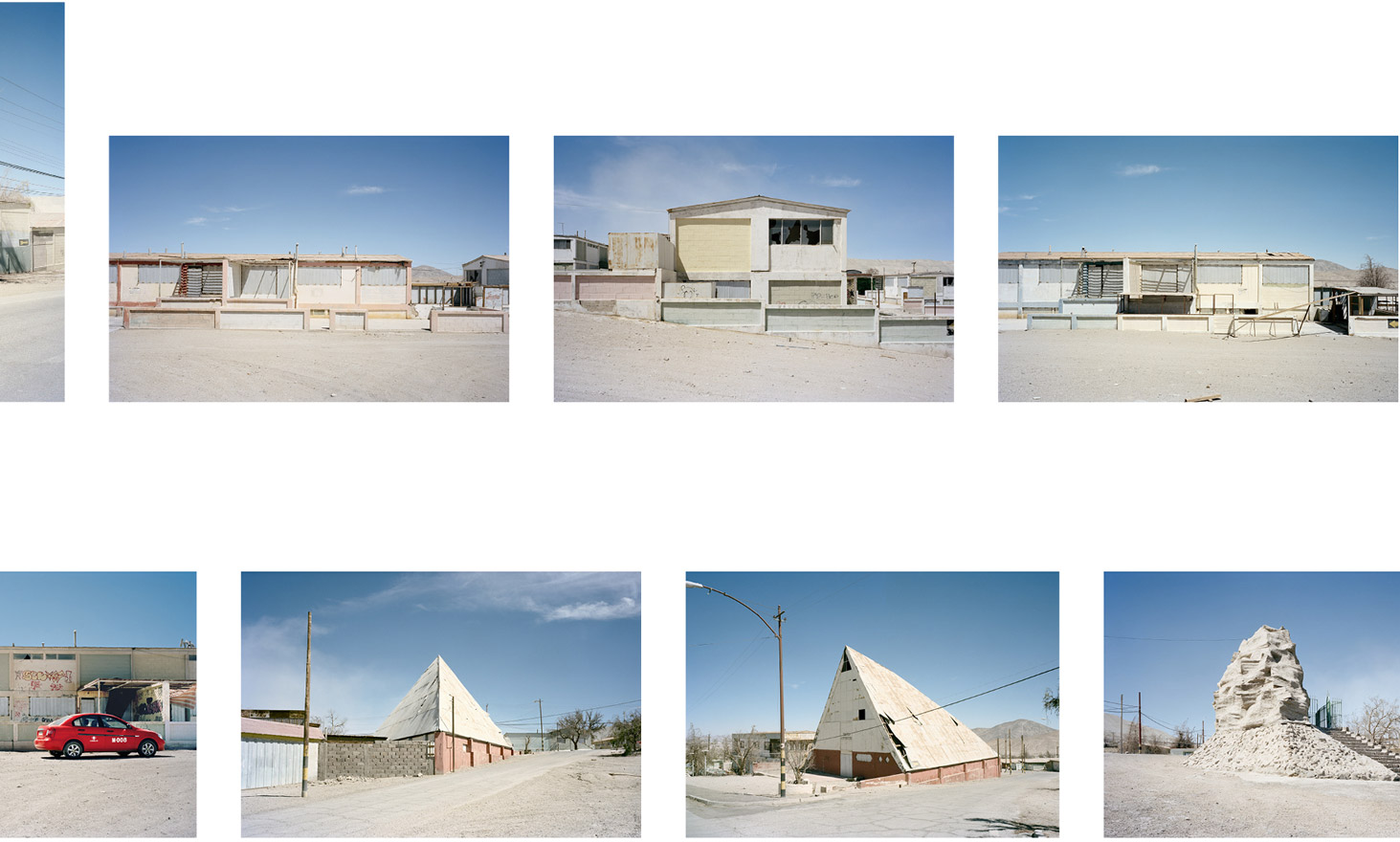 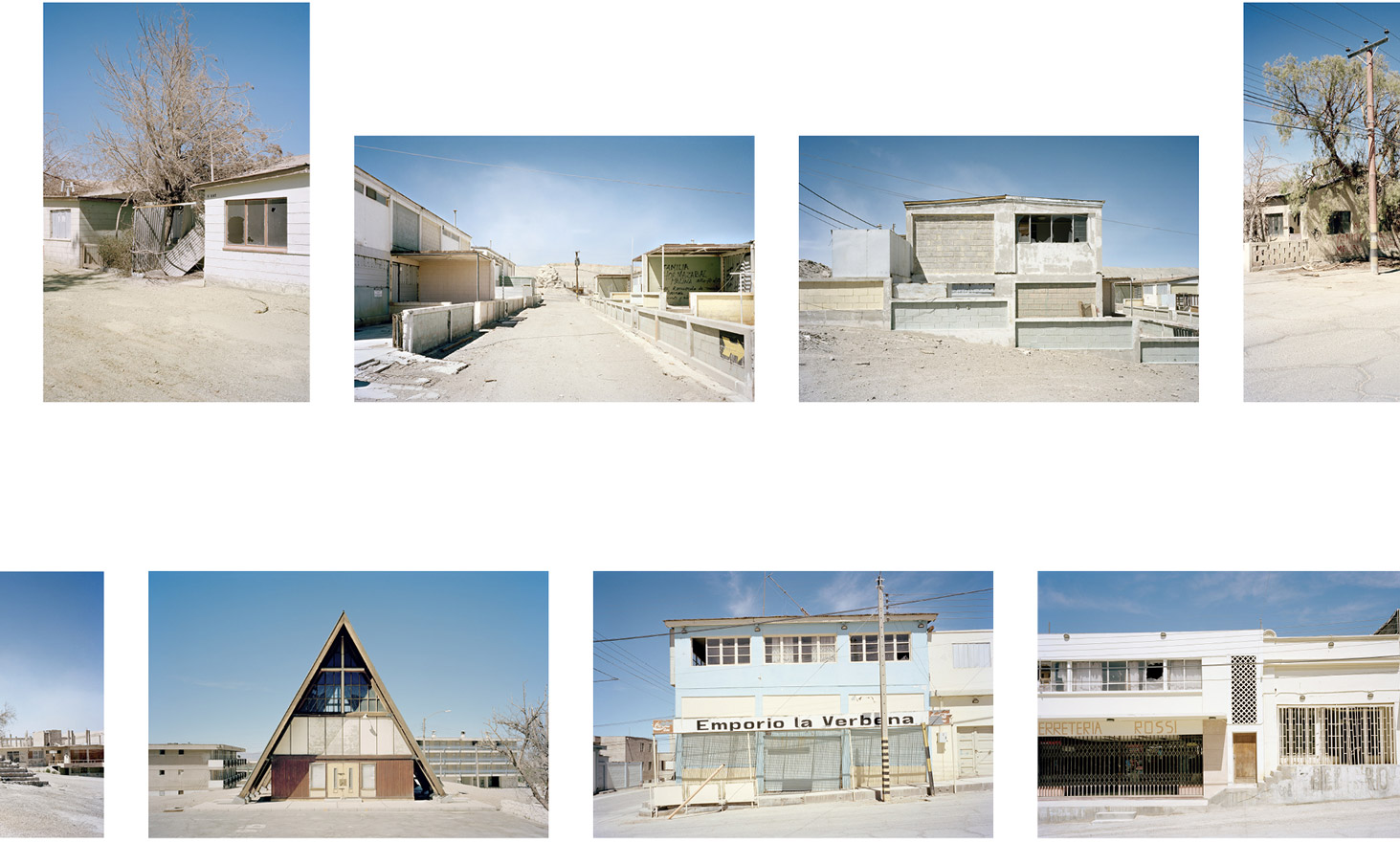 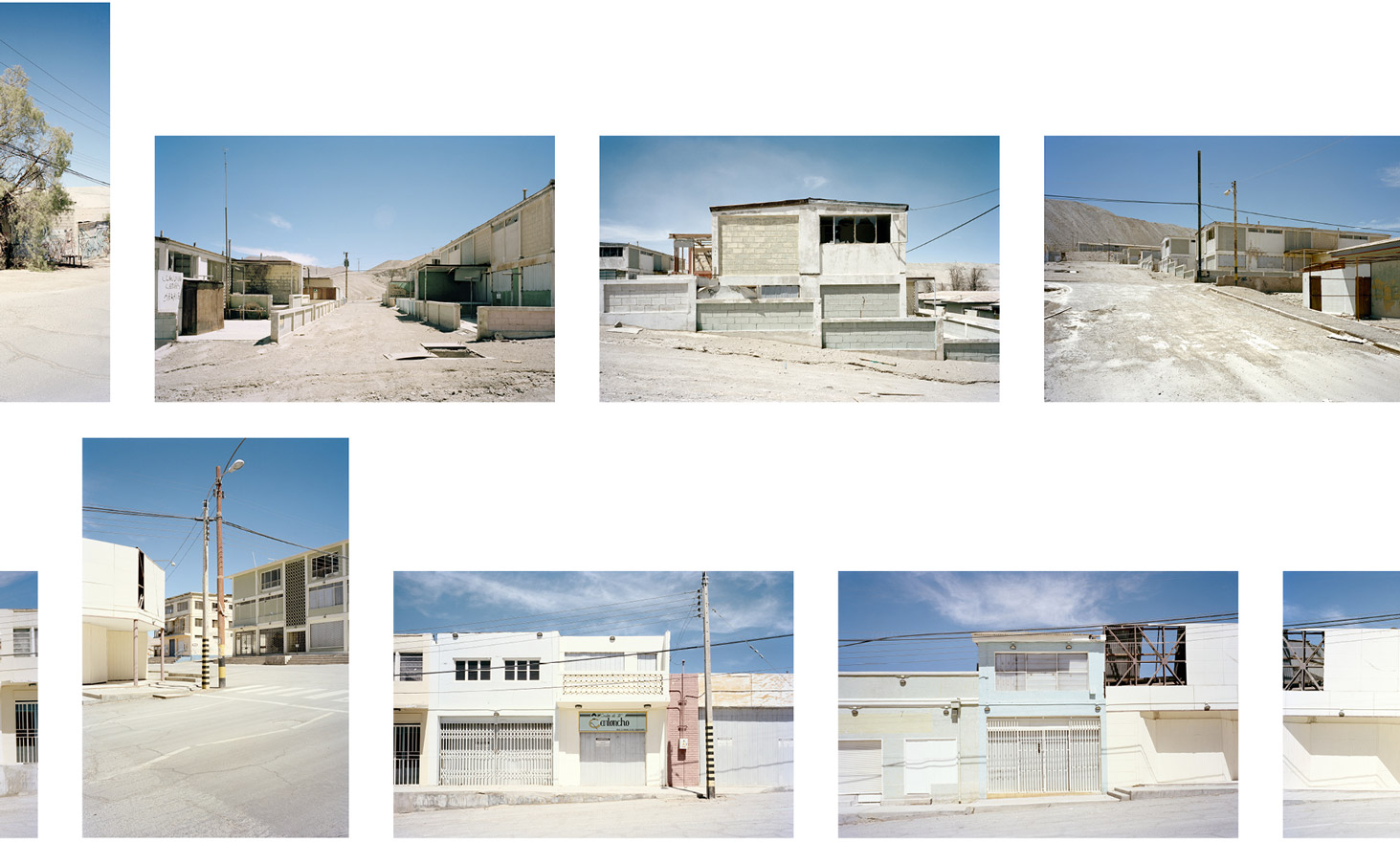 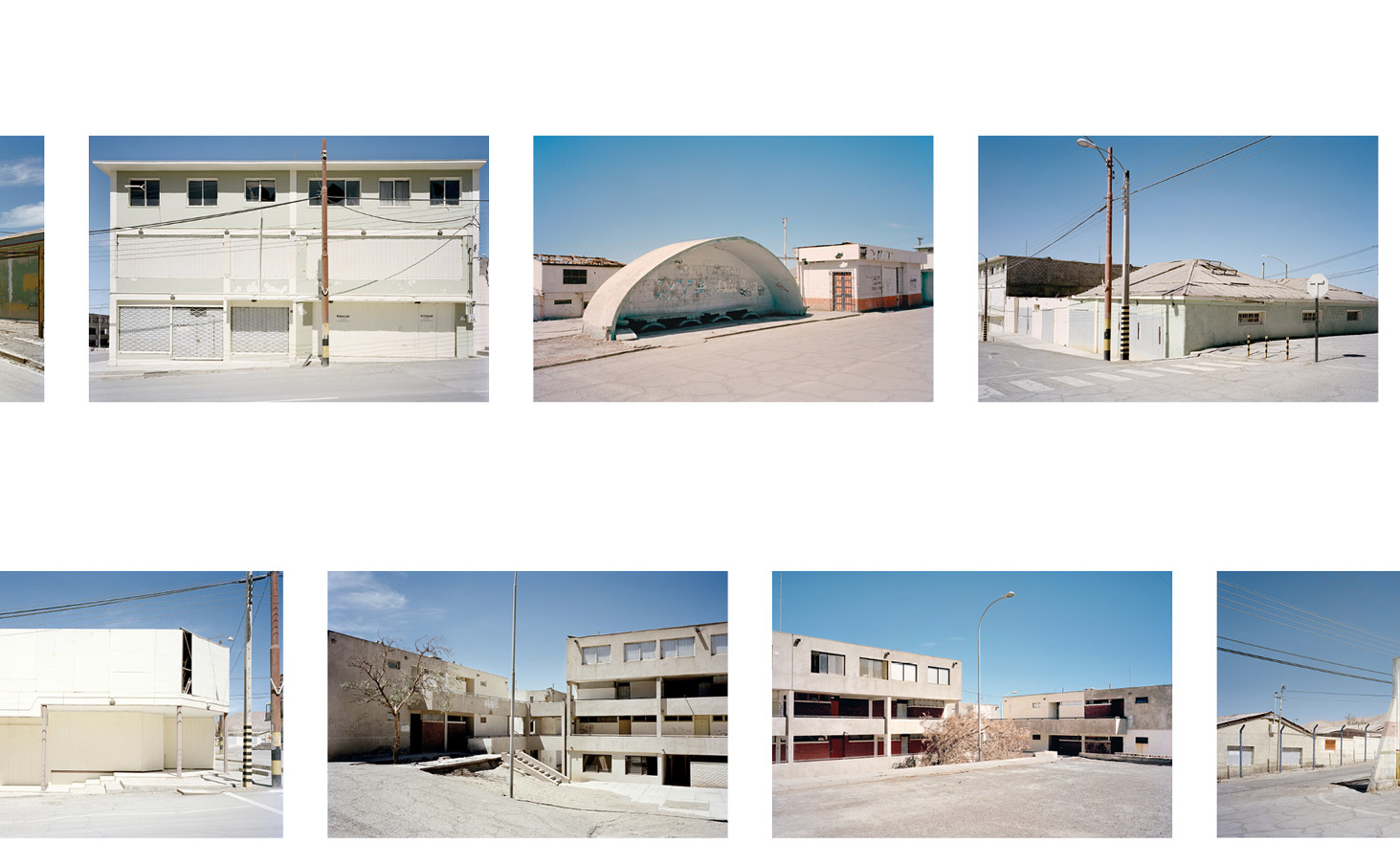 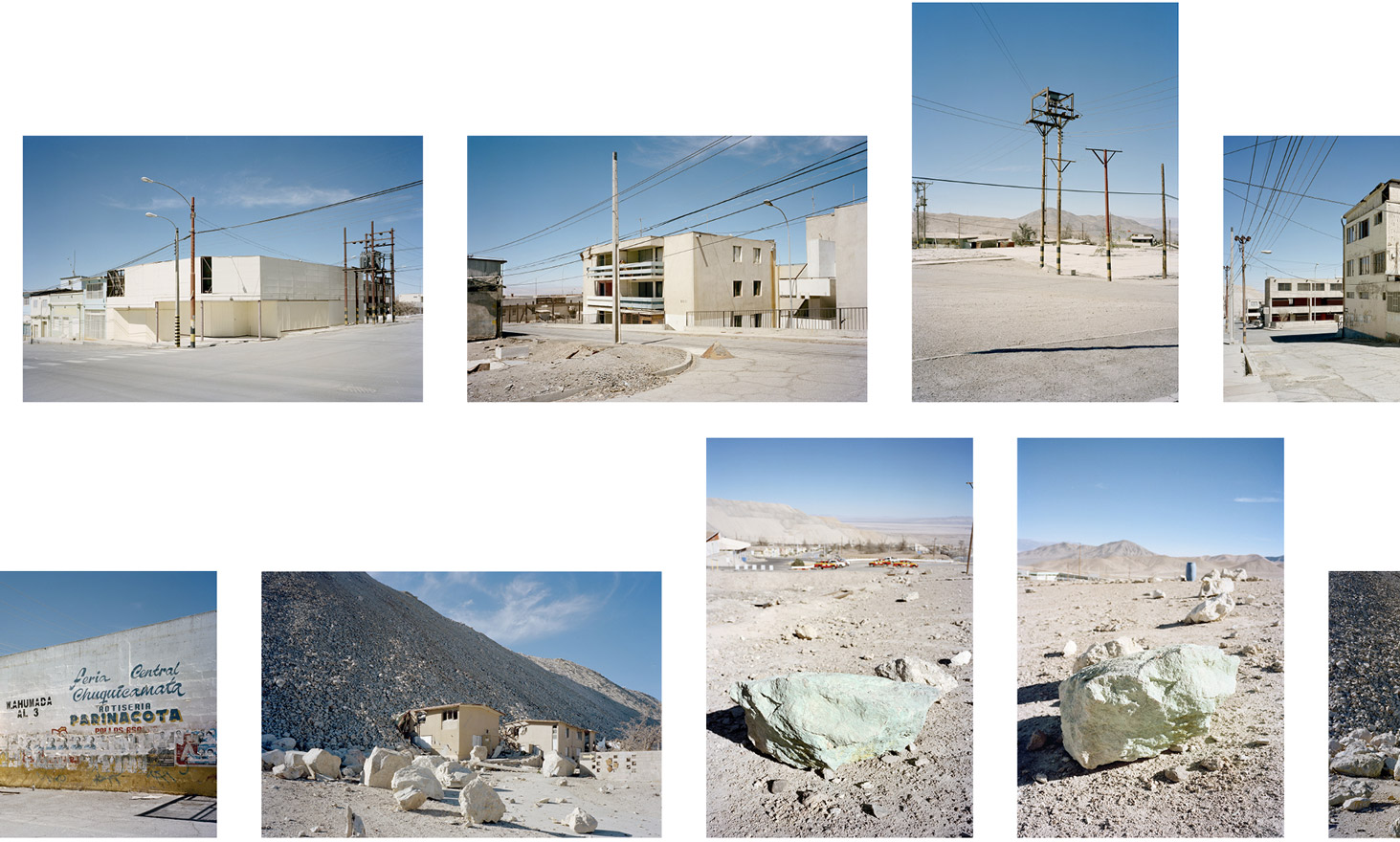 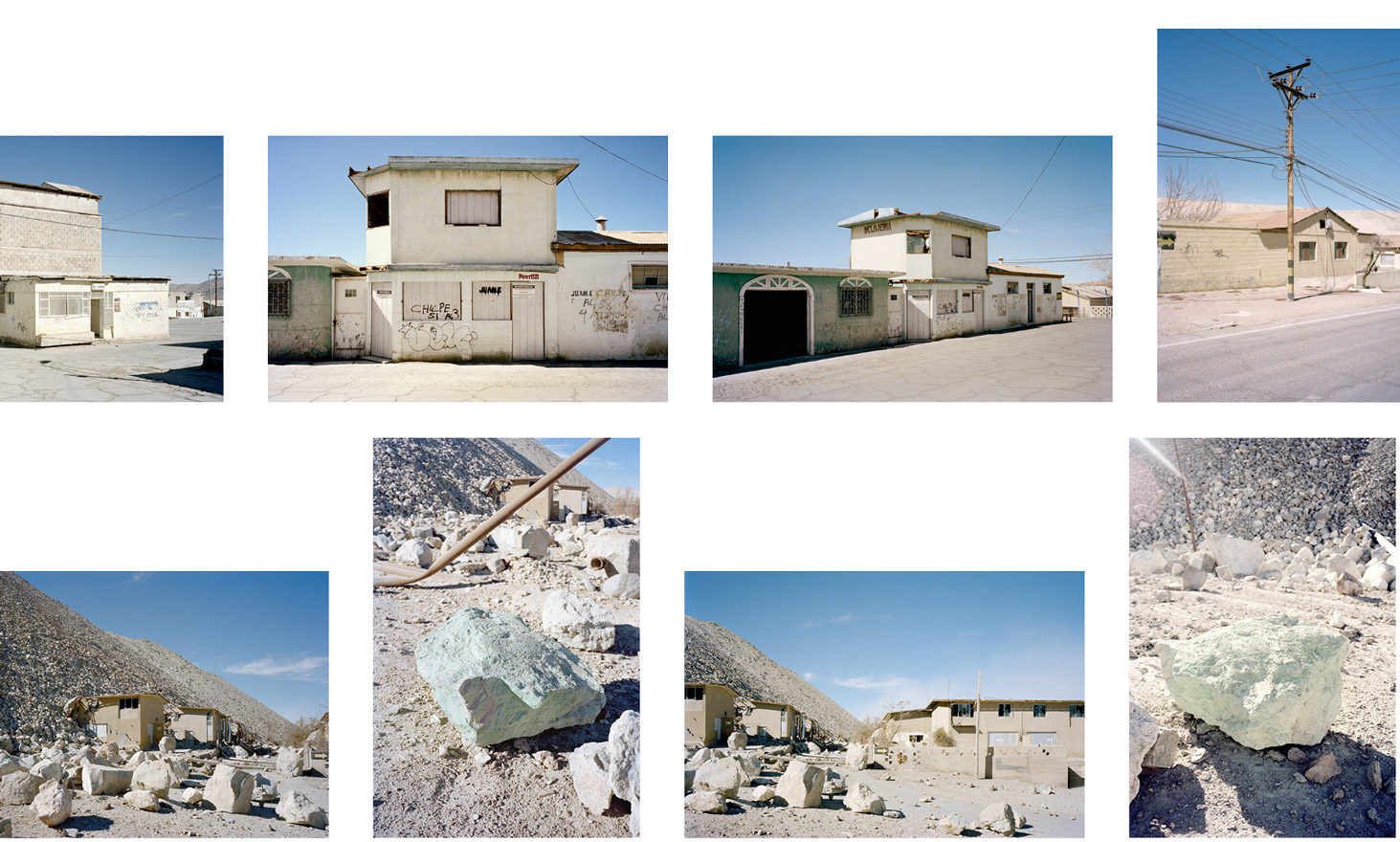 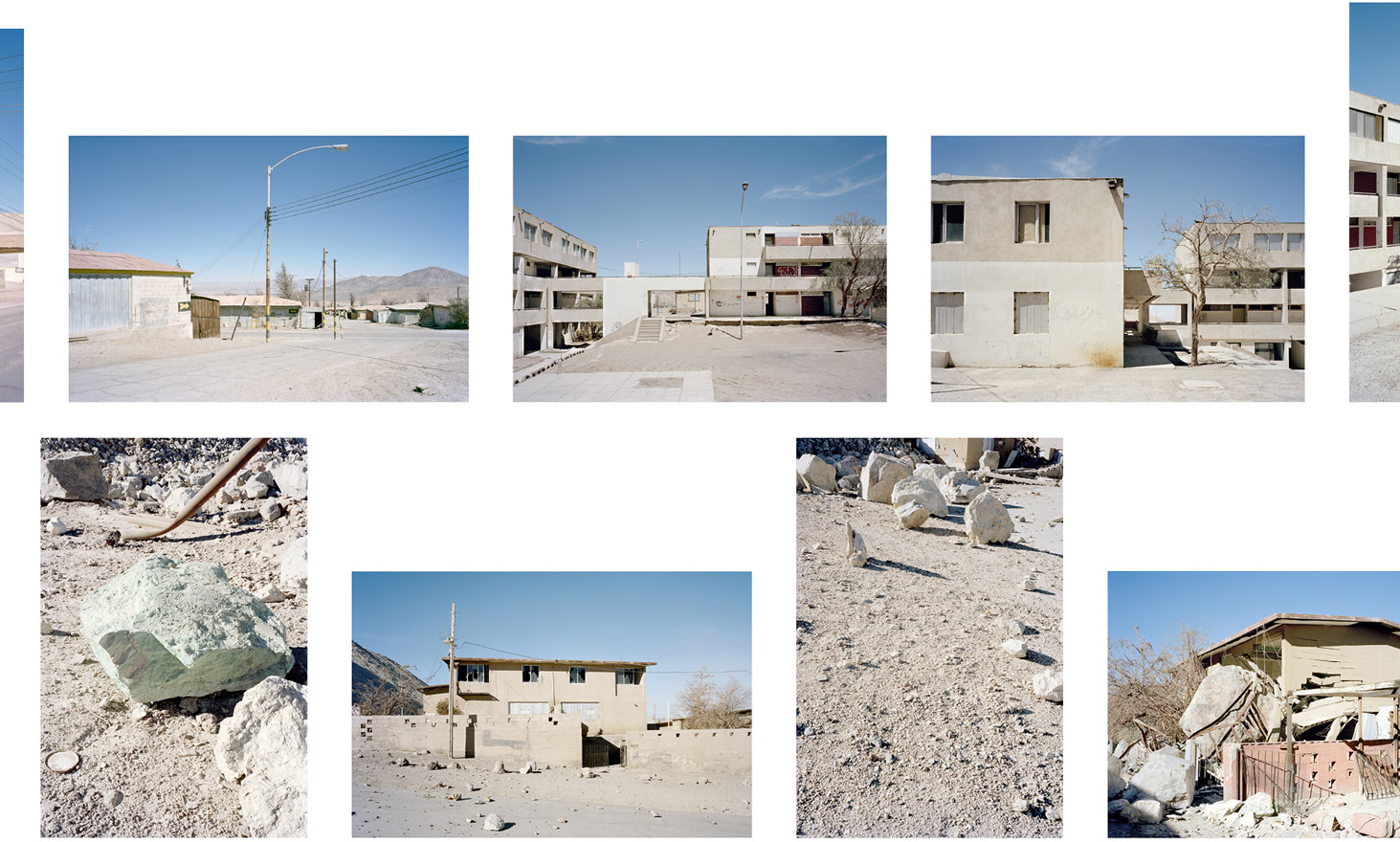 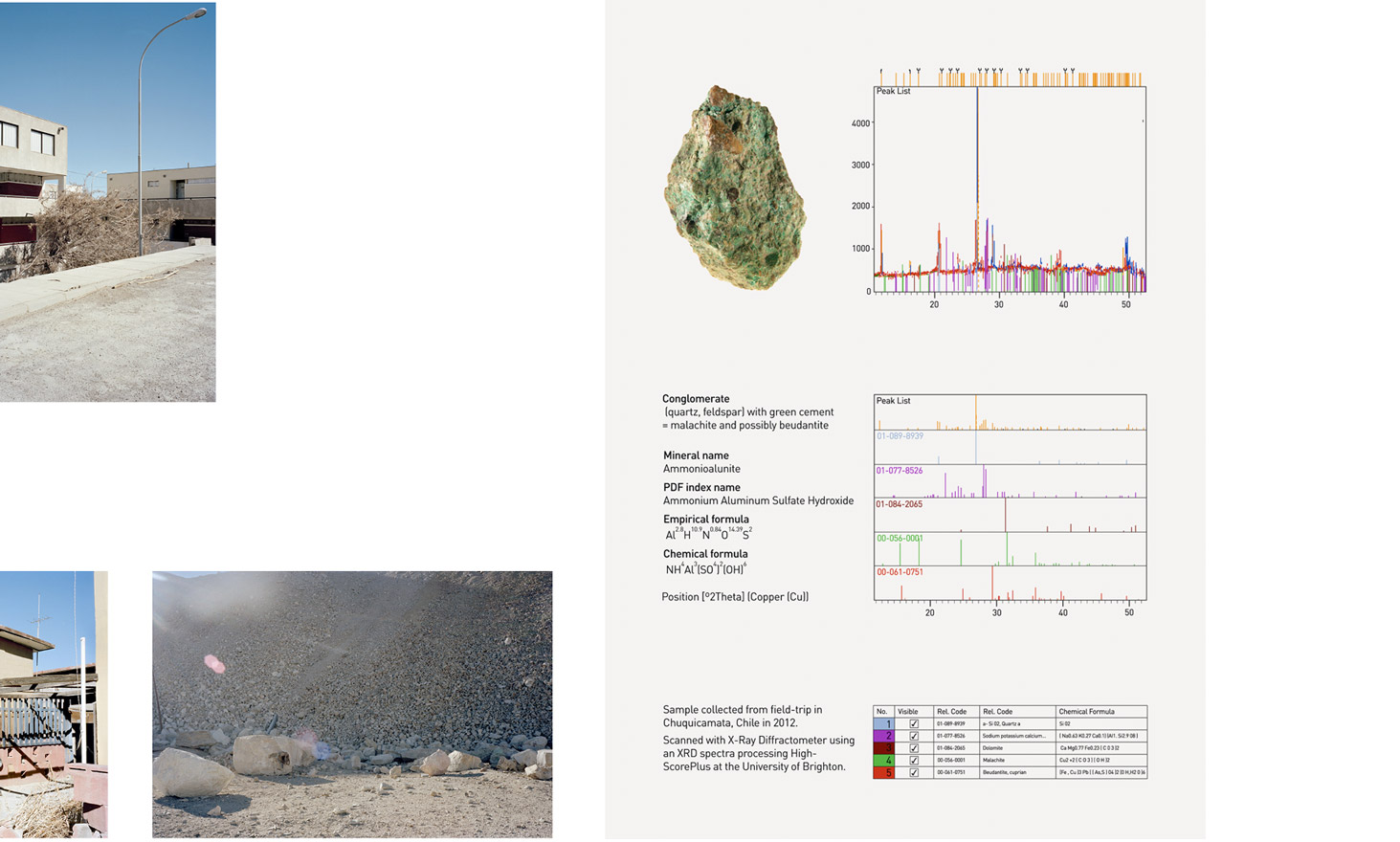 The corporate town of Chuquicamata, which has the same name as the mine, was designed in the New York offices of the Guggenheim bothers in the early decades of the twentieth century, as a model town. More than thirty architects were hired to work out its urban plan.7 The town was established next to the mine, following the pattern of mining settlements in the U.S. such as Butte, Bisbee and Tyrone.

The brothers financed the investment needed to plan and build the urban settlement of Chuquicamata, including public services and a complete welfare, social and housing association system for the workers and their families. Within the confined zone of the town everything was subsidised by the company, including a modern hospital, primary and secondary educational institutions for the children and housing schemes.

The production of copper at Chuquicamata increased over time and it grew to become the world’s biggest open-cast copper mine. The subsidised settlement also grew, to fulfil the housing demands of the workforce. Despite its expansion, however, the town remained isolated, due partly to the tough geographical conditions of the Atacama Desert, and partly to corporate policies that established a new legal regime running parallel to state sovereignty. A bounded territory within a territory was created – an autonomous enclave controlled by foreign interests and governed by an international corporate legal framework.

The town was evacuated in 2007. High levels of pollution, caused by the relentless expansion of the mine, threatened public health. At the time of closure, the 25,000 workers were relocated to the nearby city of Calama where new neighbourhoods were built, following the same corporate strategies of social segmentation and urban fragmentation.