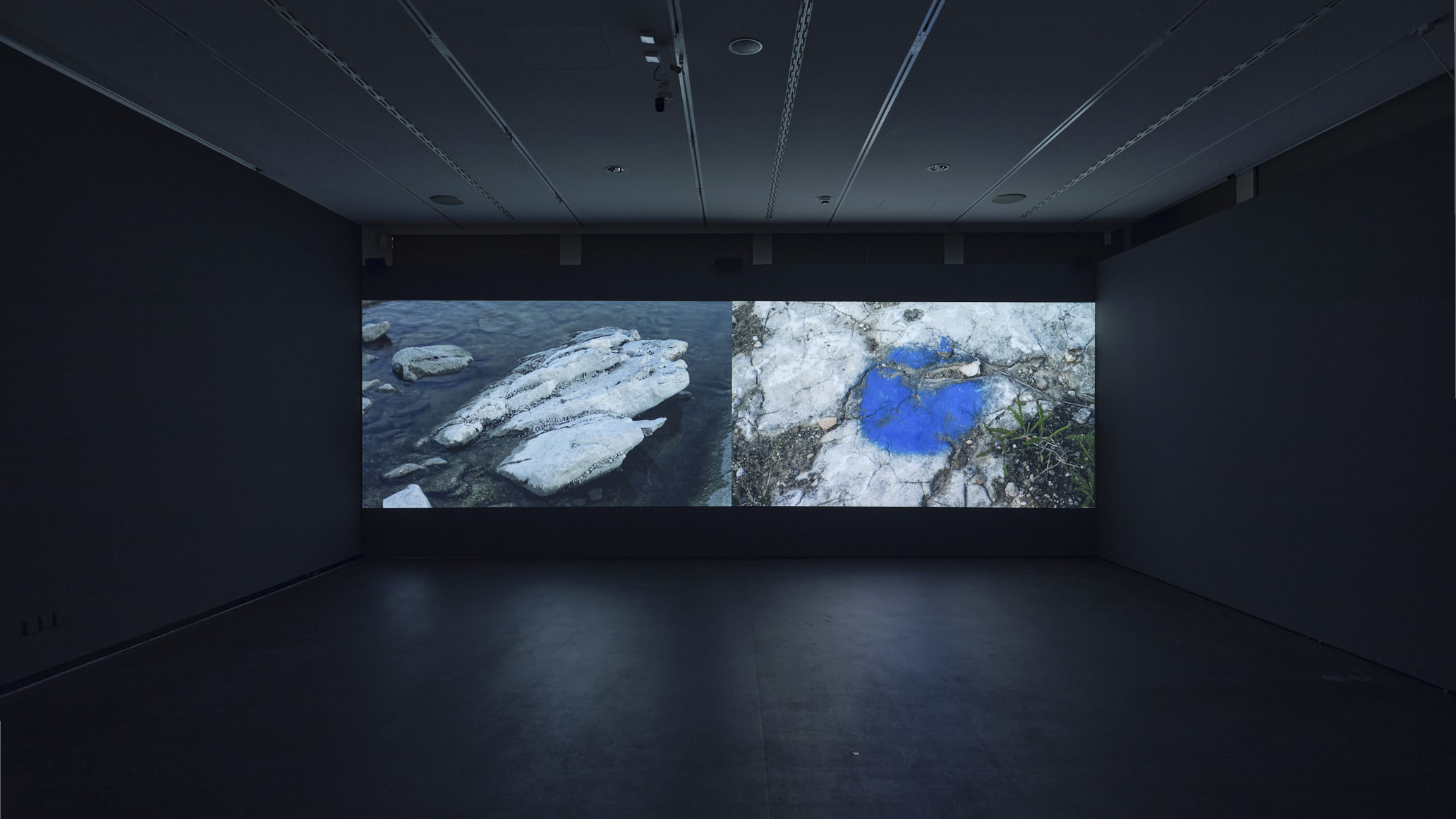 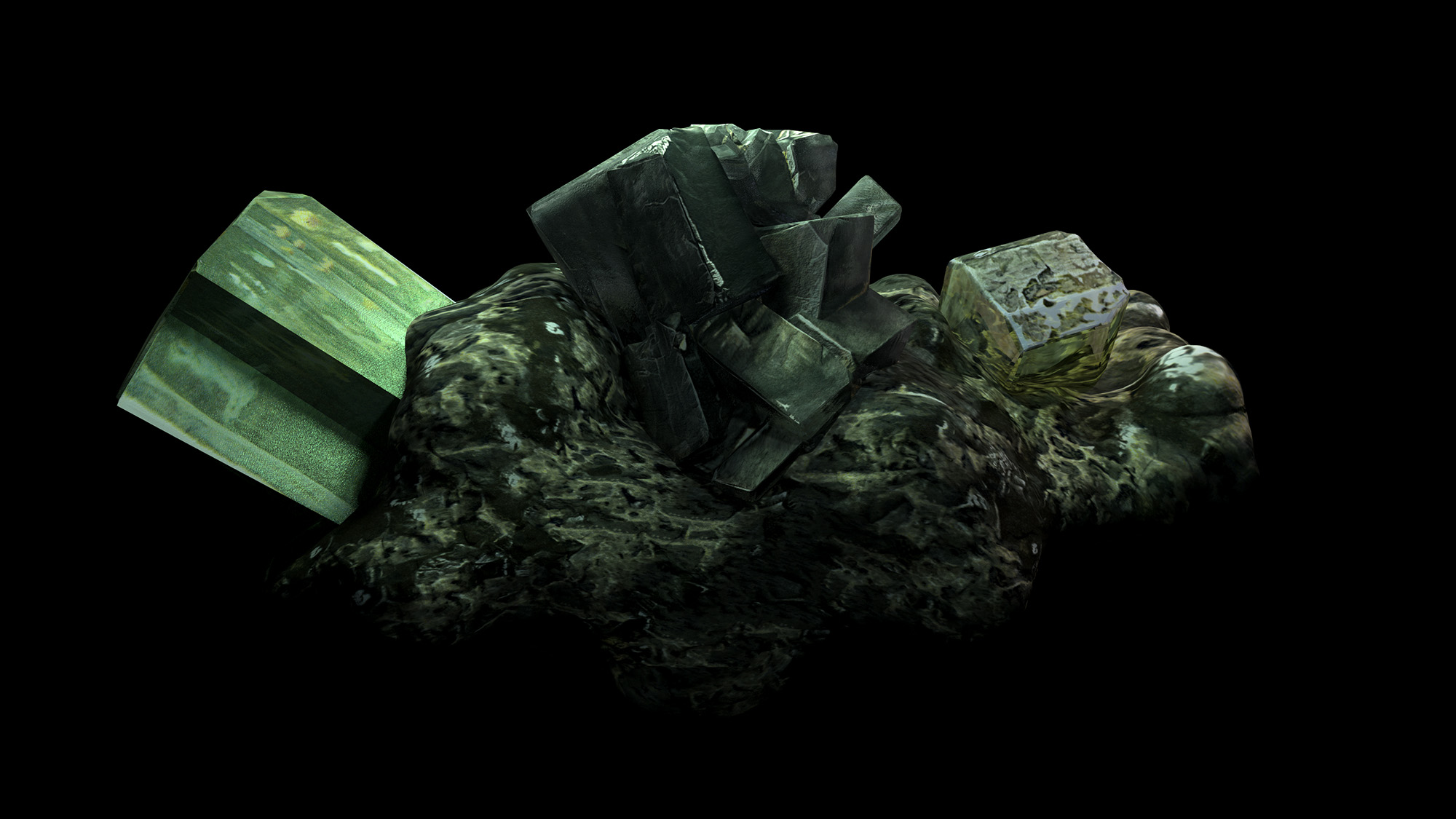 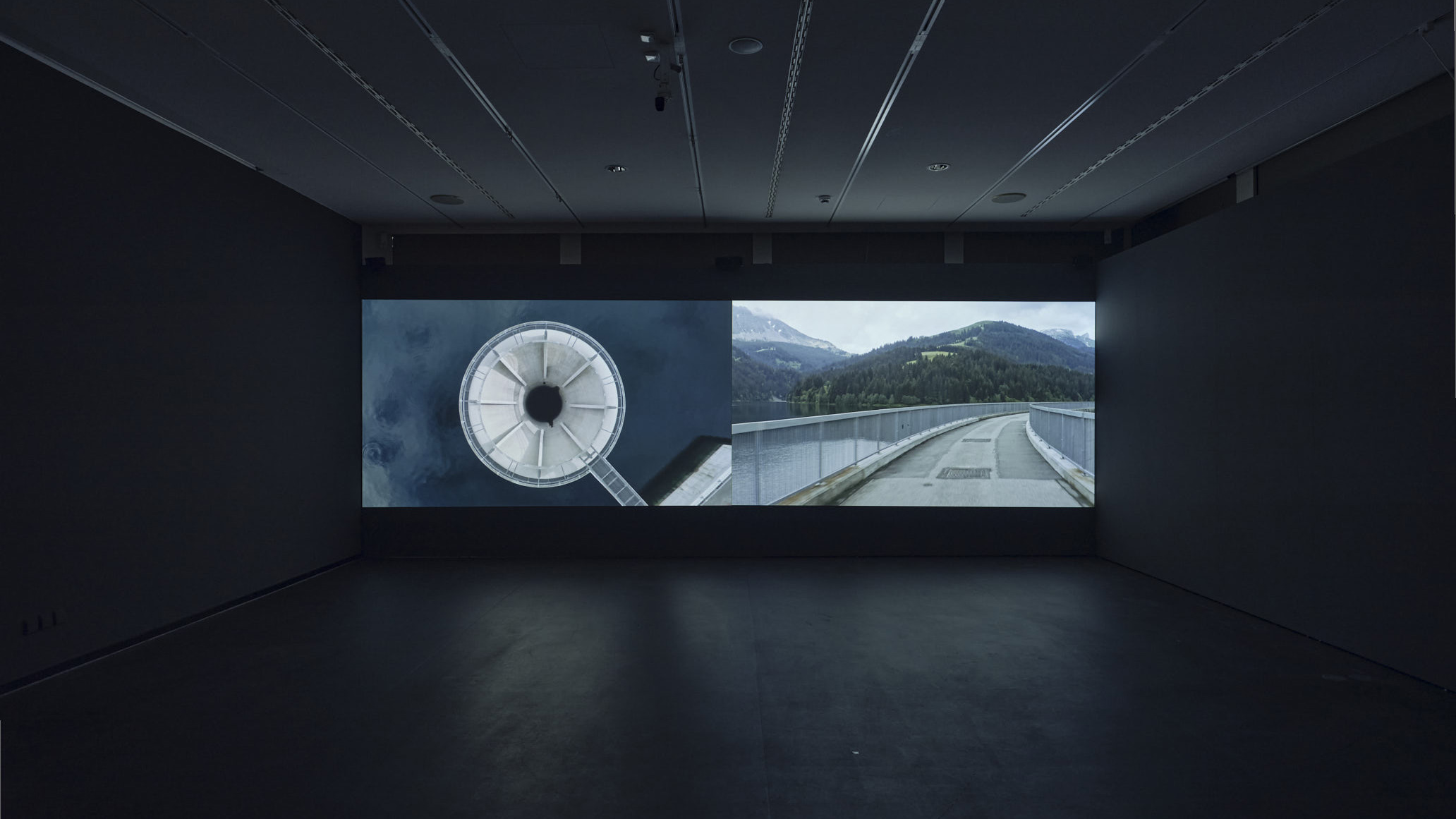 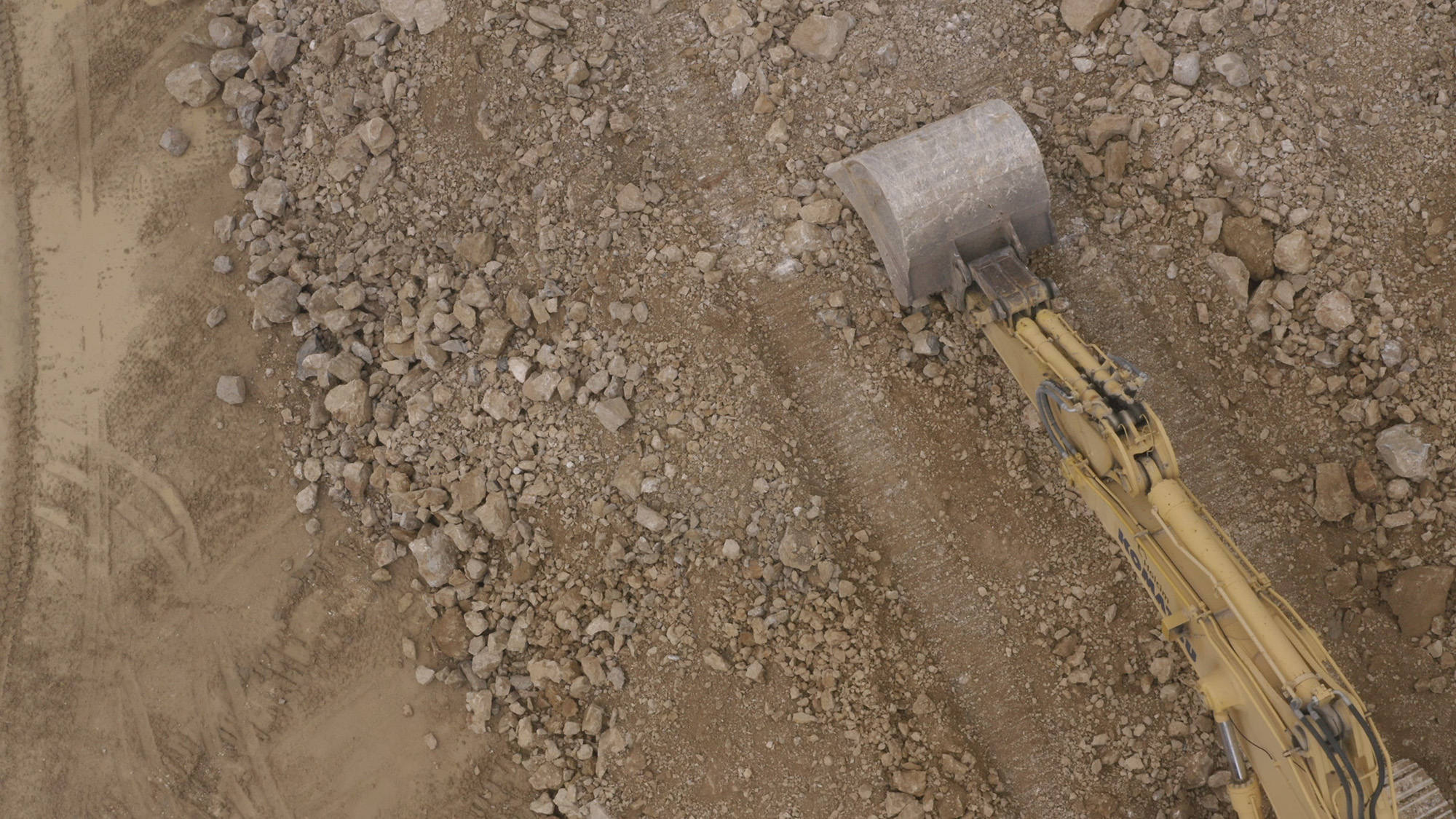 Drone view of an excavator at Le Mormont, Canton of Vaud, Switzerland, 2020 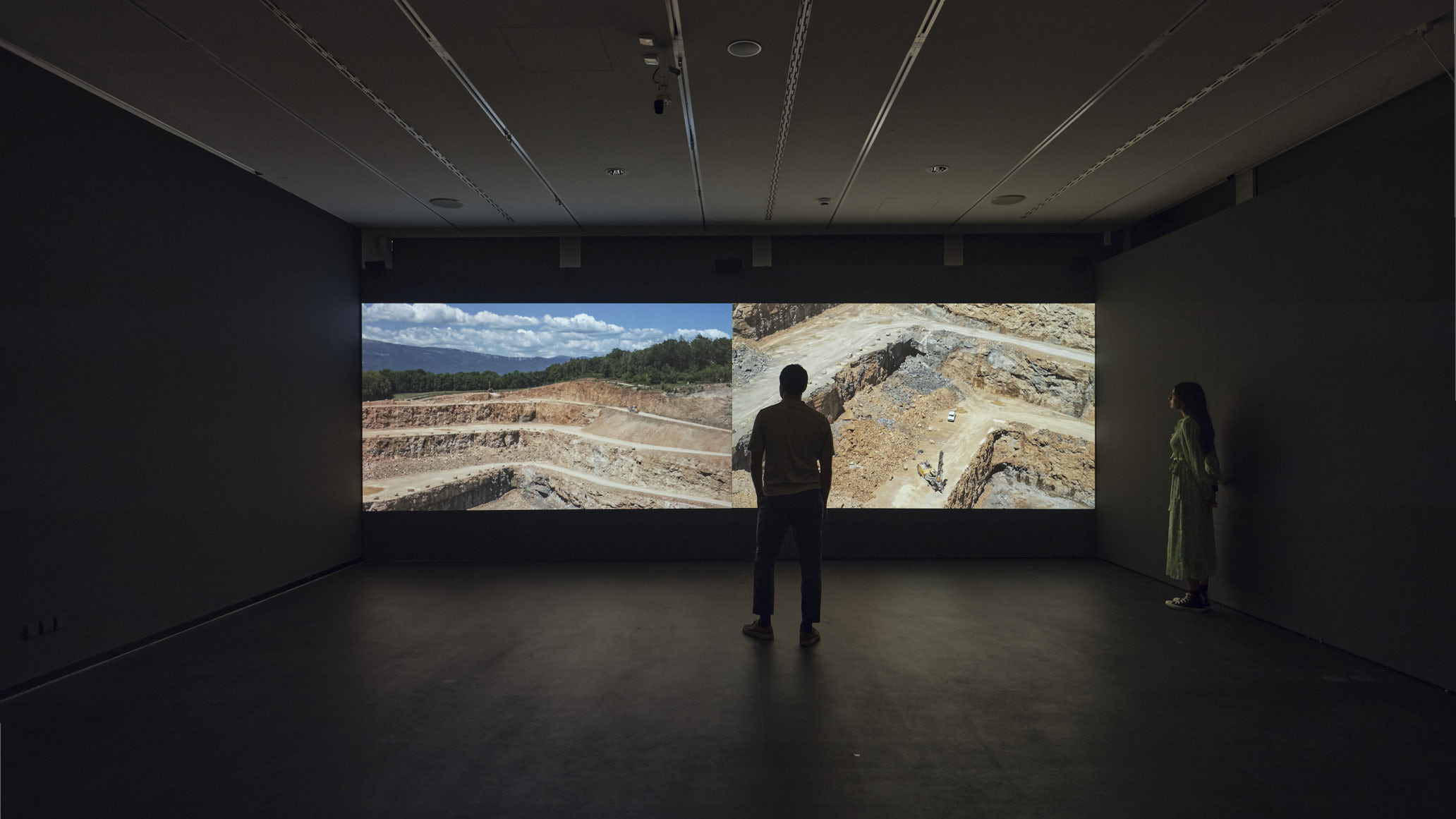 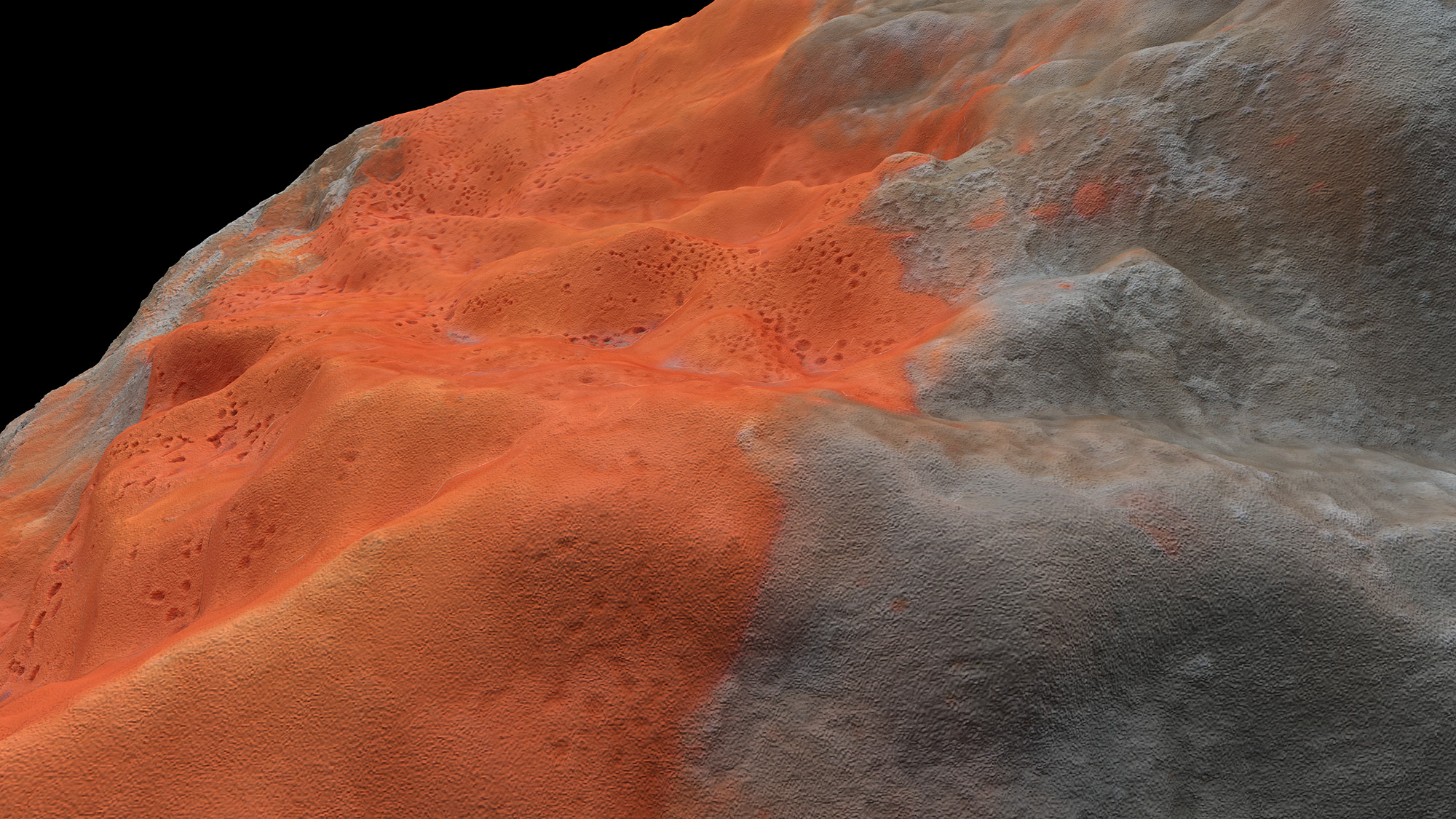 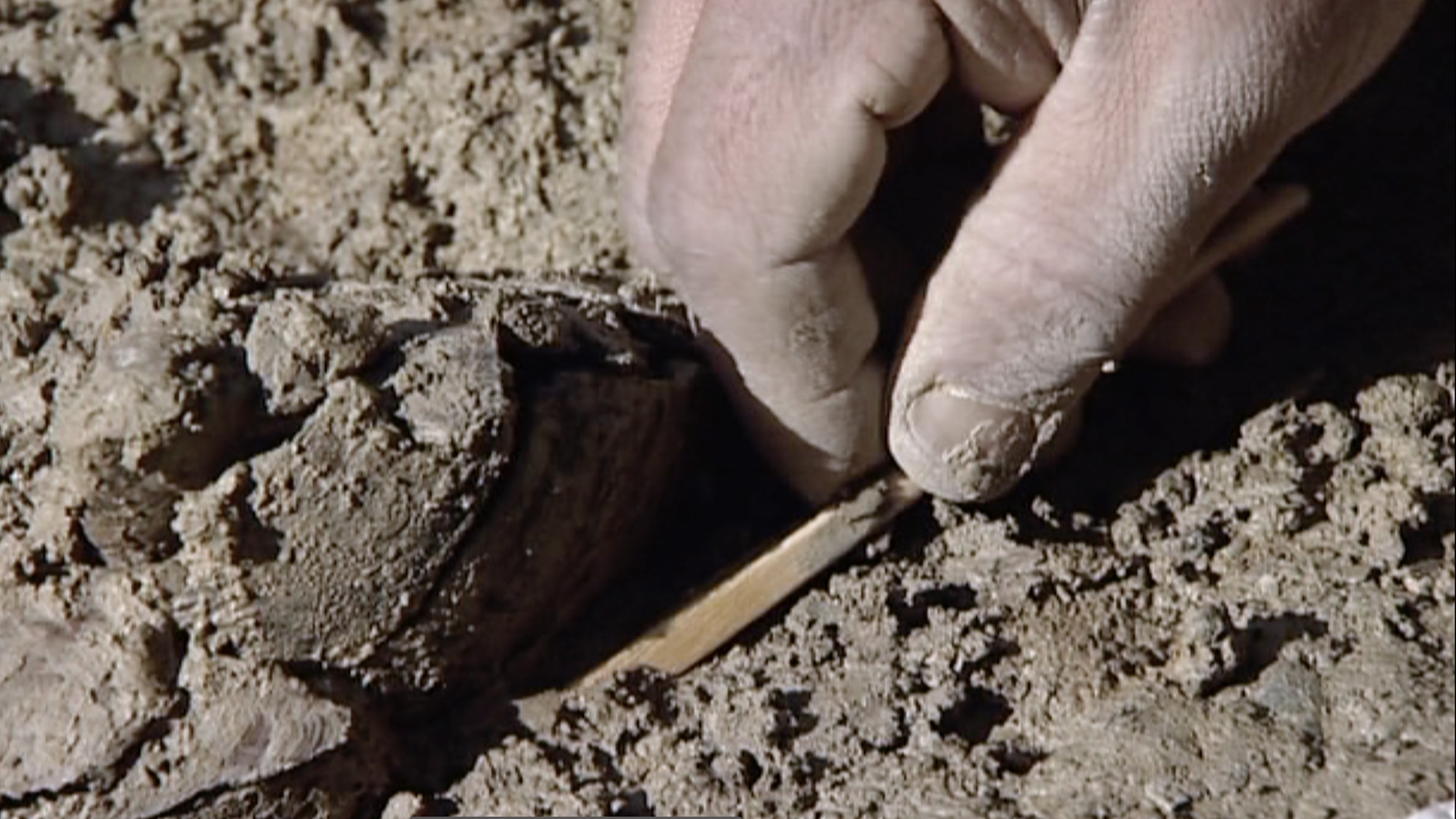 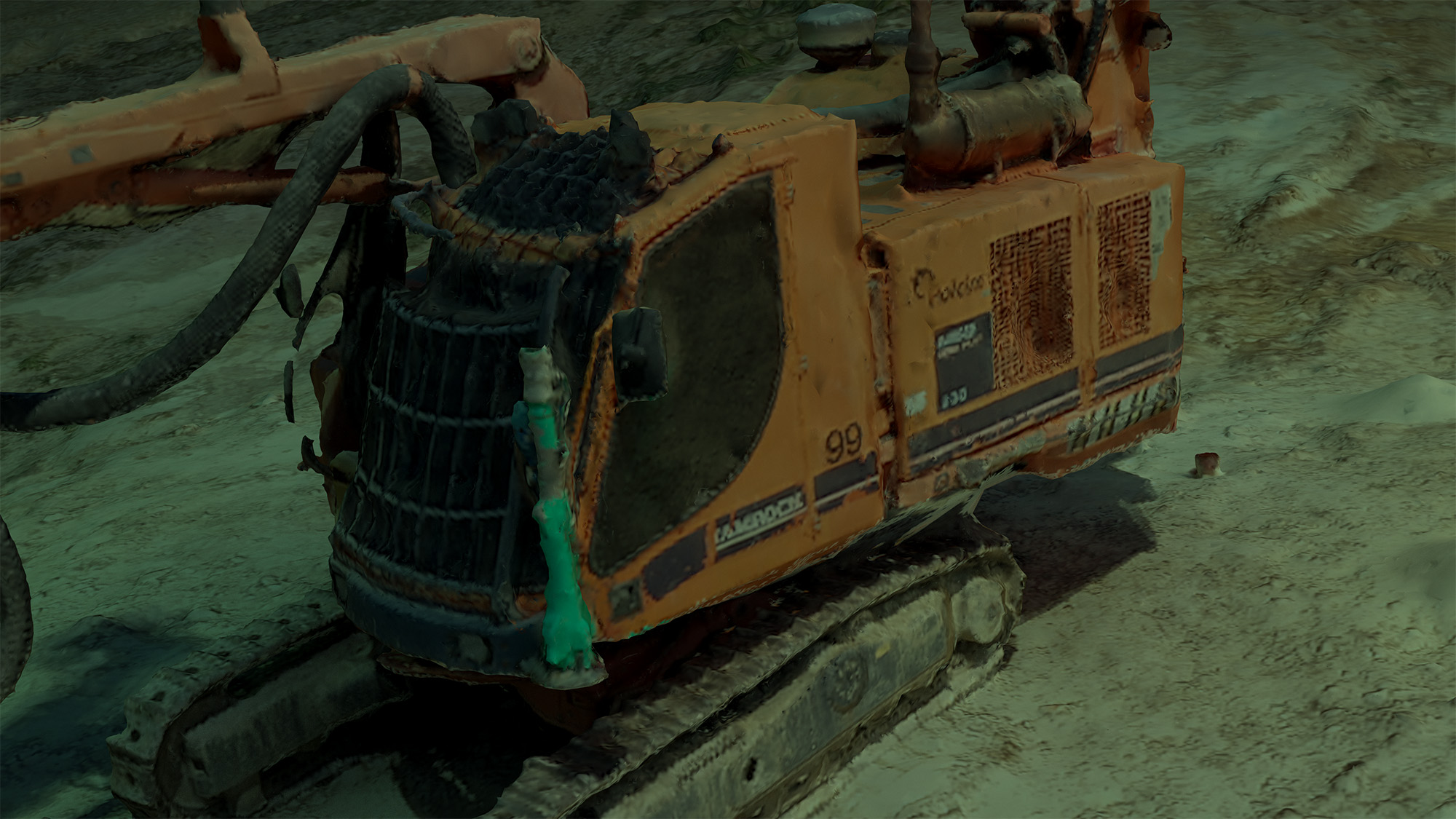 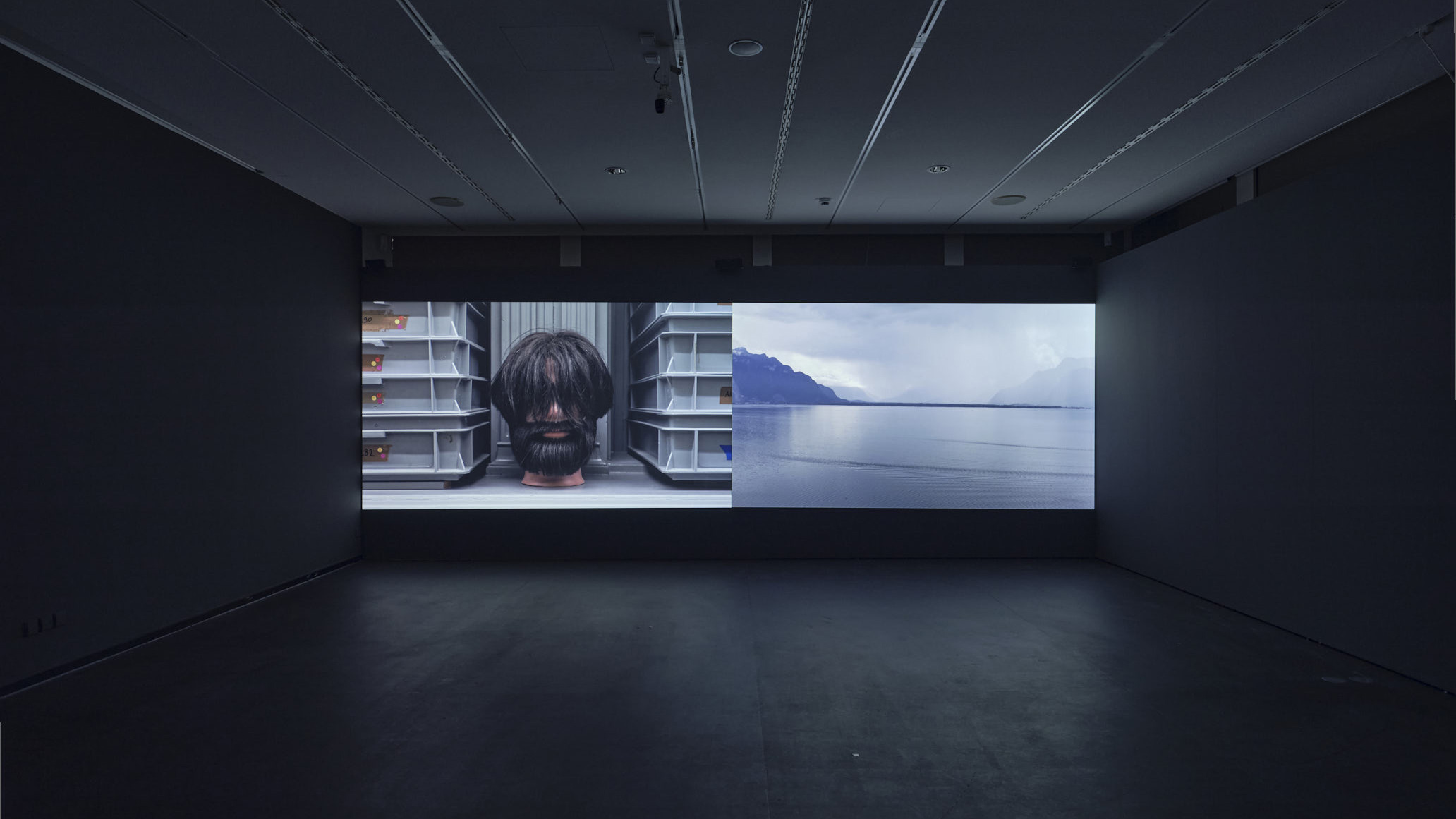 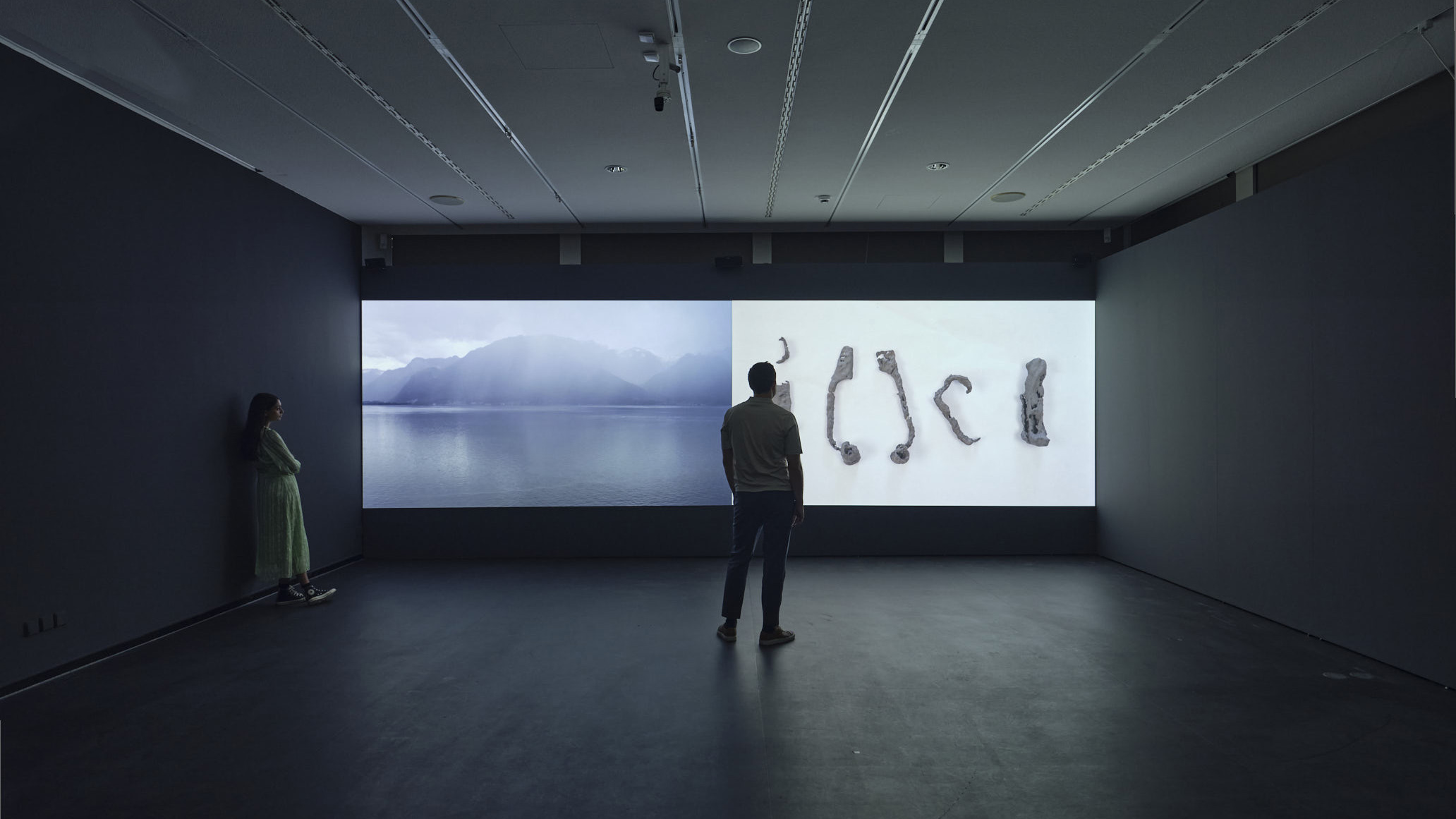 Installation view Archaeology of Sacrifice (2020). Two-channel video installation with surround sound, 16’45”. ZF Art Foundation Guest, Zeppelin Museum Friedrichshafen, Germany © Rafael Kroetz
Through the discovery of a Celtic sacrificial site at Mormont Hill – a limestone and marl quarry located in the Swiss canton of Vaud – the two-channel video installation with surround sound design Archaeology of Sacrifice unveils how the notion of sacrifice has transitioned from ancient sacred rituals to its contemporary meaning within extractive capitalism. Evidence suggests the Celts living there during the second century BCE were experiencing a moment of crisis, perhaps linked to Germanic invasion. Thus, they buried offerings in the form of several human and animal bodies, tools and bronze vessels to the Earth in exchange for guidance through the catastrophe.

Today, sacrifice is mediated by market exchange –the well-being of humans, nonhumans and the environment has been betrayed in favour of economic growth. Sacrifice zones are proliferating in areas deemed most extractable, most exploitable – usually regions under pressure from neoliberal policies. Here, humanity and nature are believed to be expendable and replaceable.

Mormont Hill’s excavated objects help archaeologists fiction a past, though almost certainly, the Celts did not intend for these remains to be uncovered. In archaeology, formulating past beliefs involves a delicate navigation between fiction and reality in which the lines are always blurred; the reconstruction will always be a representation. The project builds on this grey area in our own moment of current crisis, pushing for a more earthly understanding of prospective cohabitation whilst offering a reflective space for an unknown future.

In a continuous interplay between fact, fiction and scale, meditative landscapes of typically inaccessible areas are juxtaposed with archival footage, drone views, investigative close-ups and photogrammetry-based 3D modelling. Whilst acknowledging the Anthropocene is built on an erasure of its racial origins, Archaeology of Sacrifice reflects on the precariousness of our planet and its unsolicited submission to humanity. 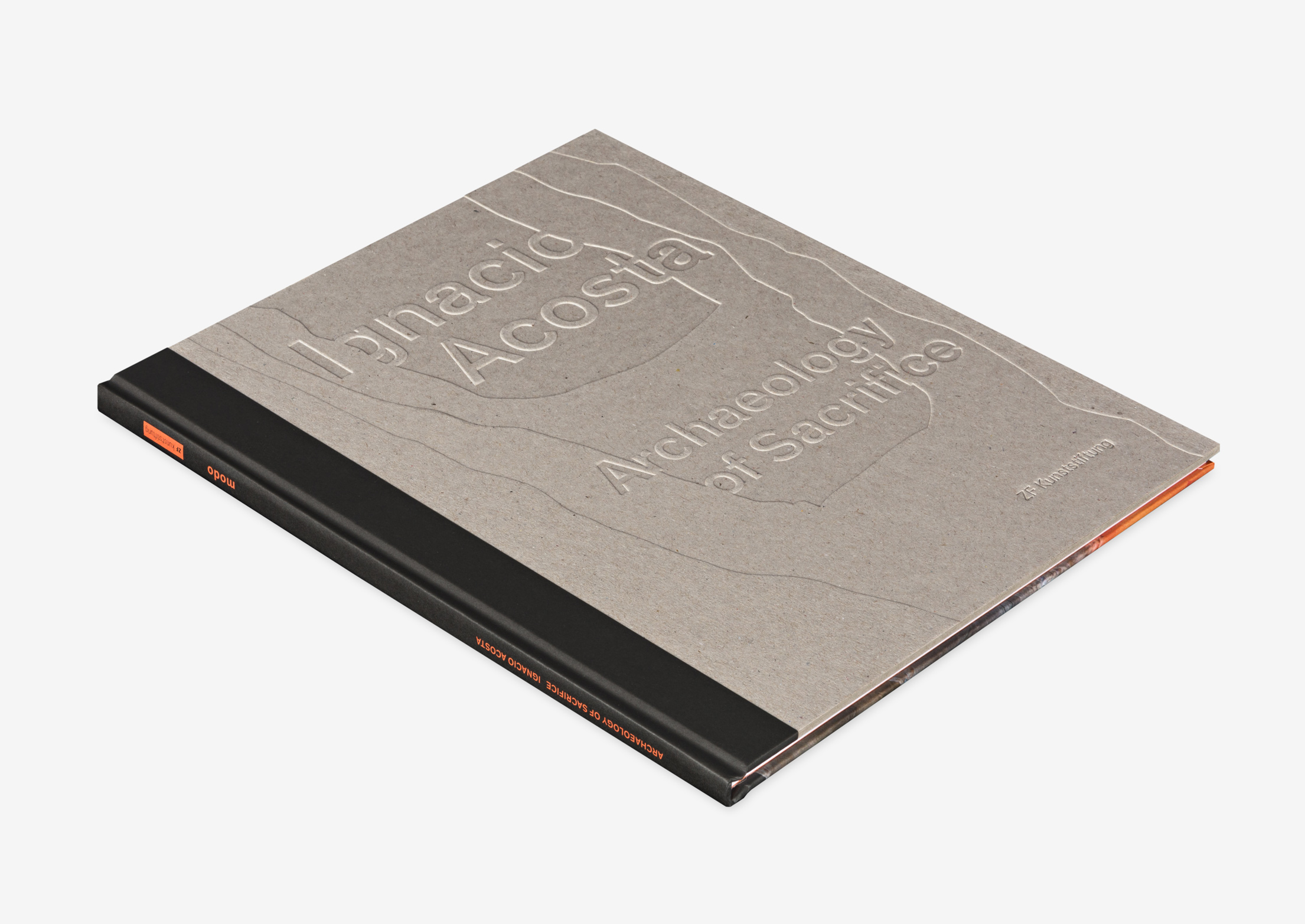 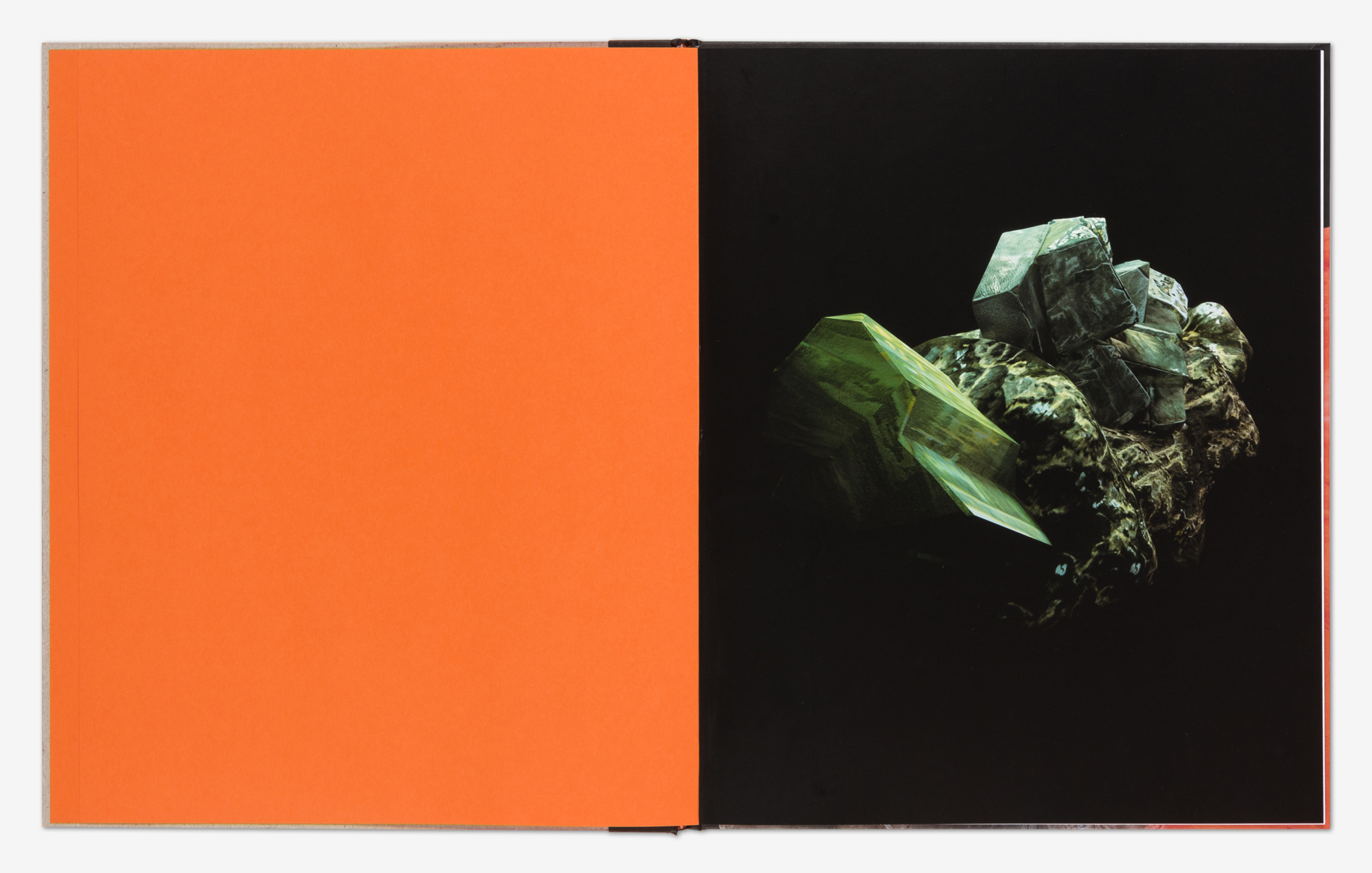 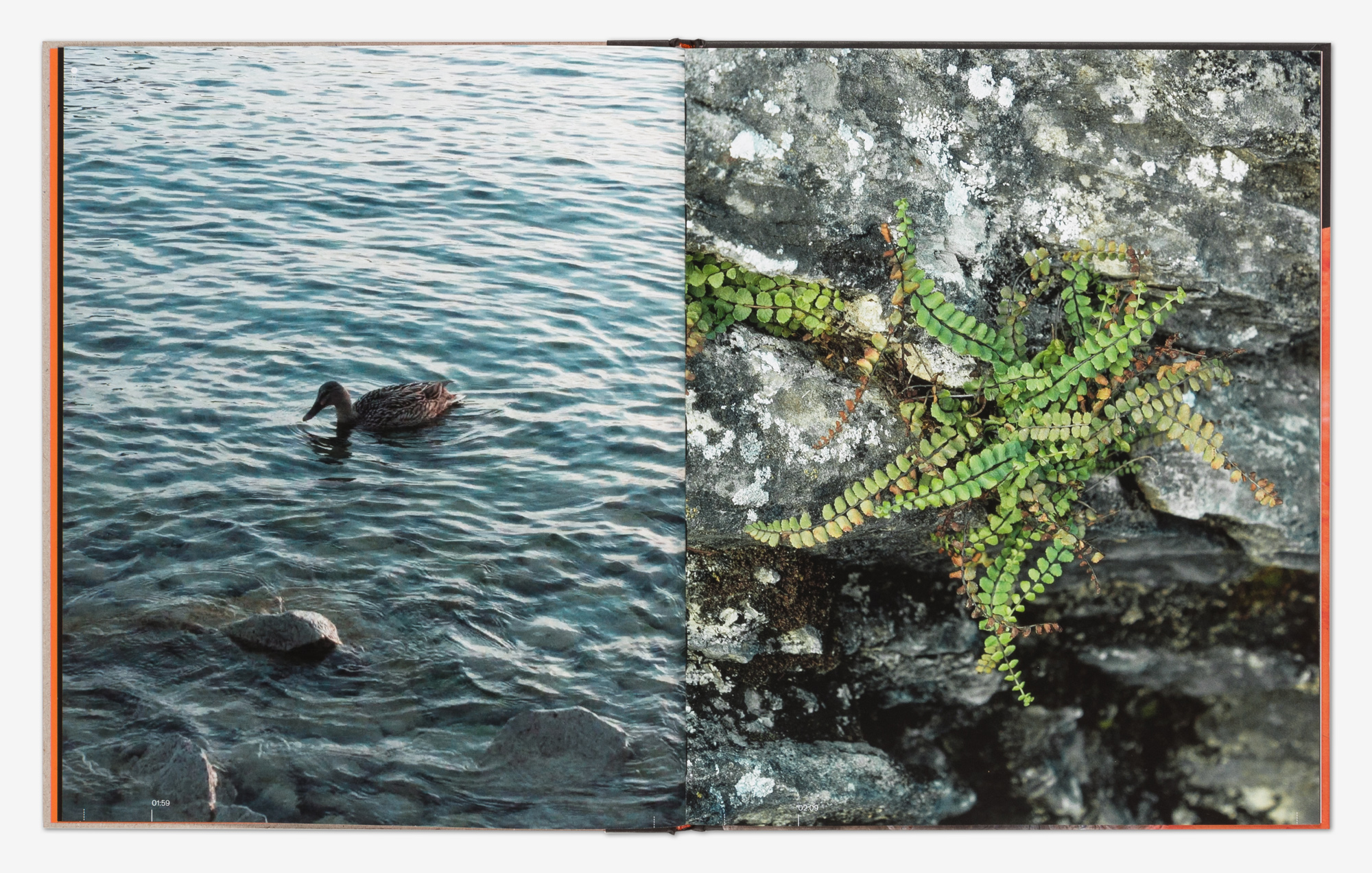 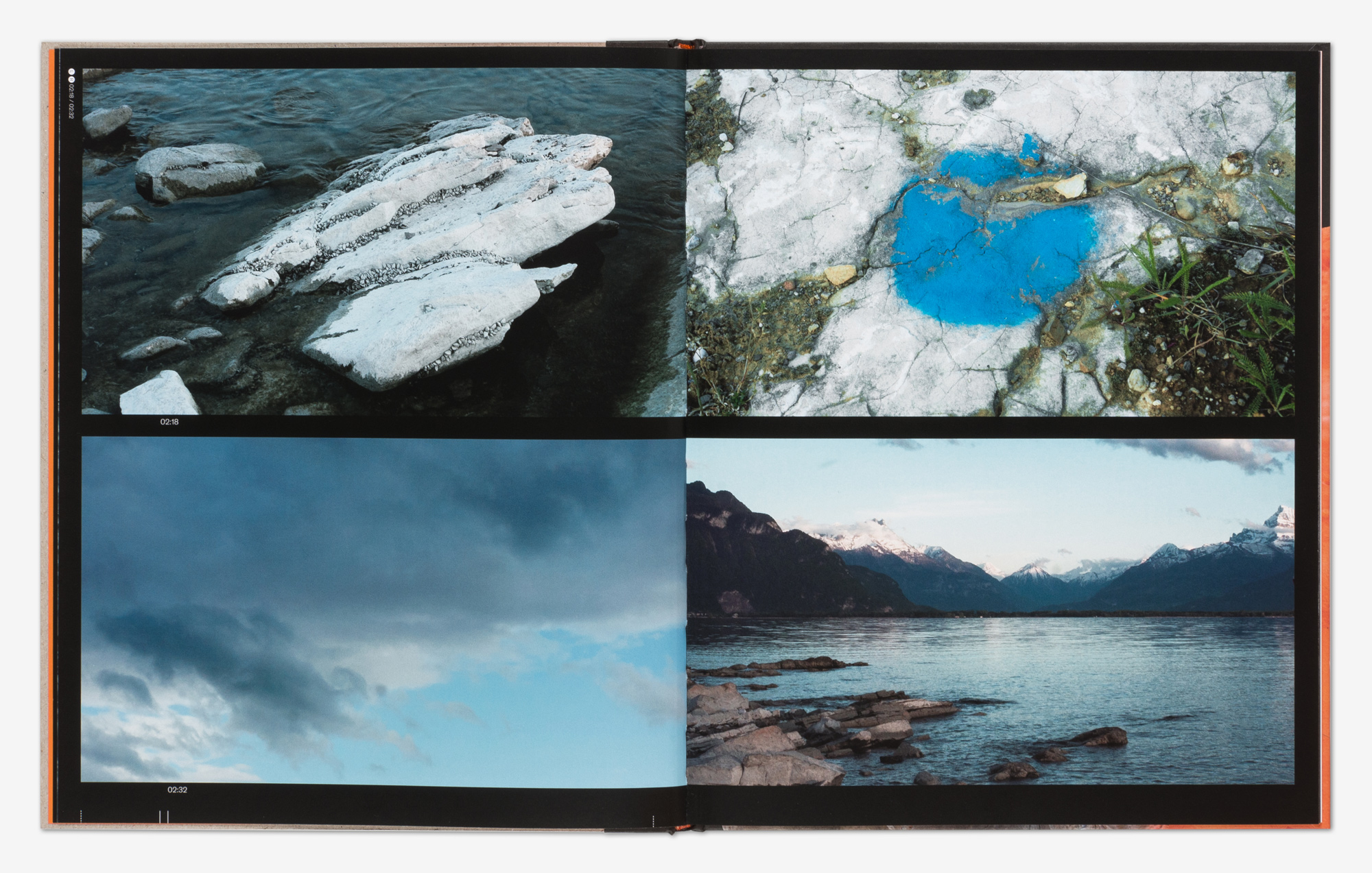 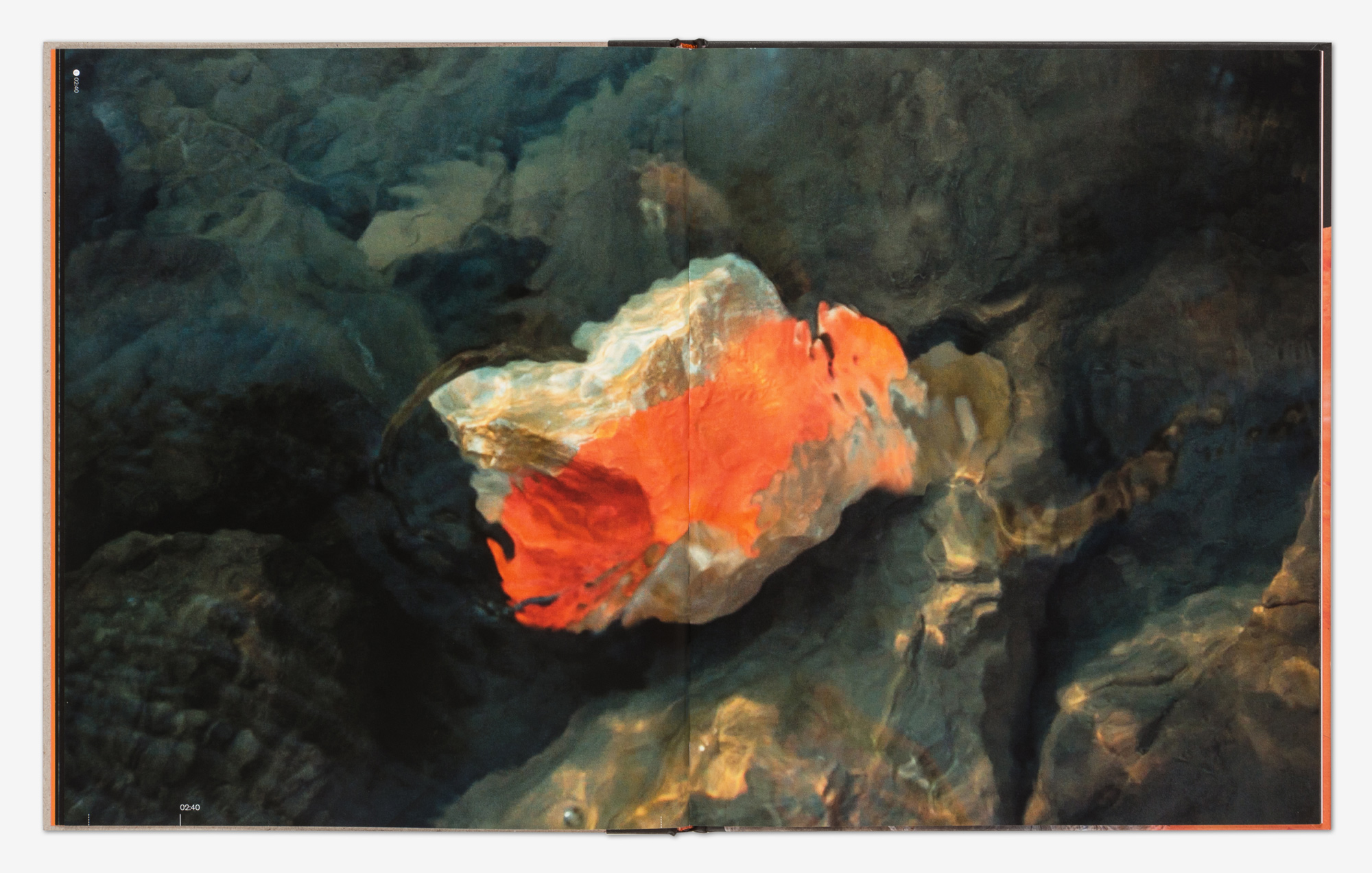 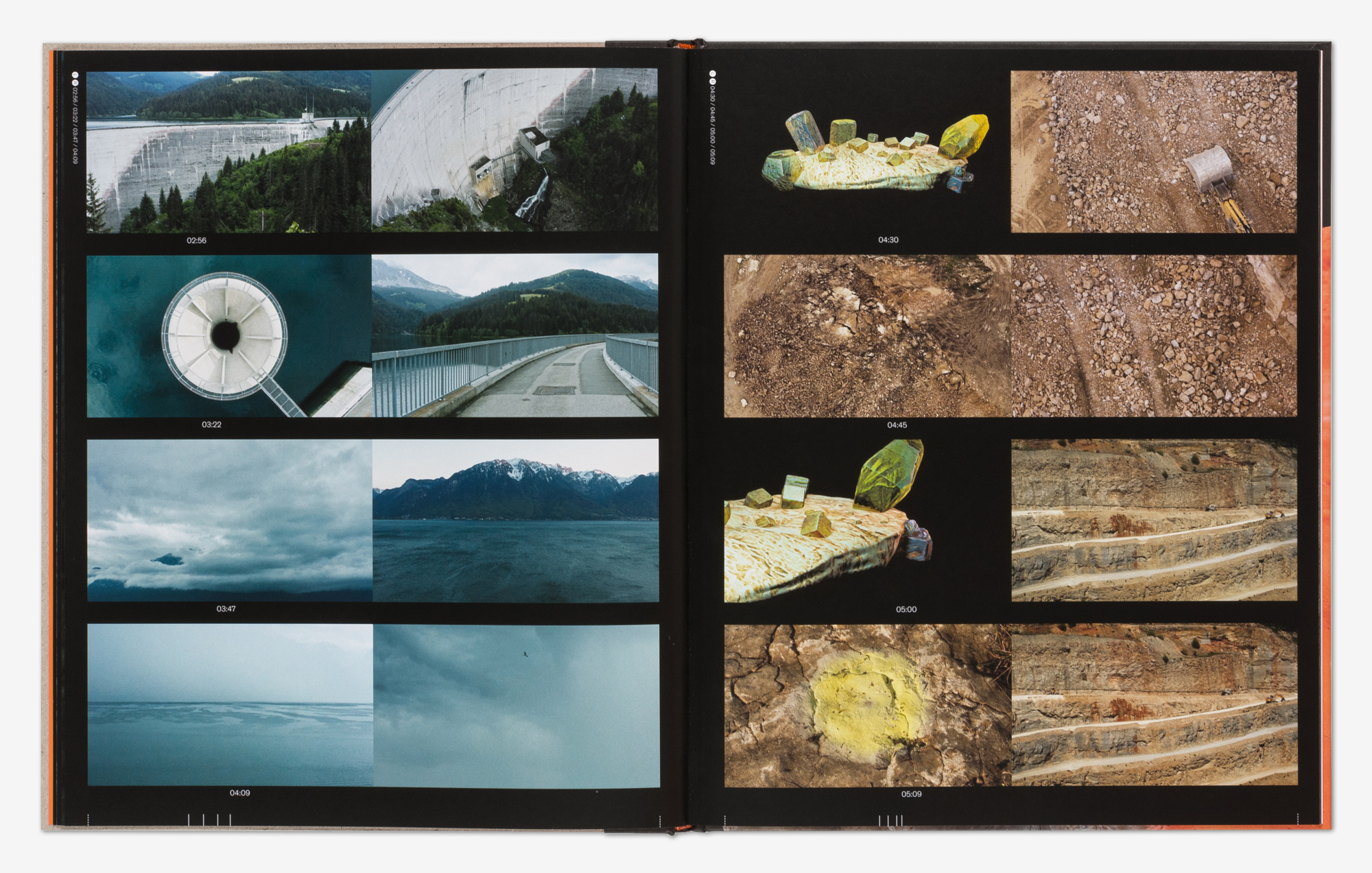 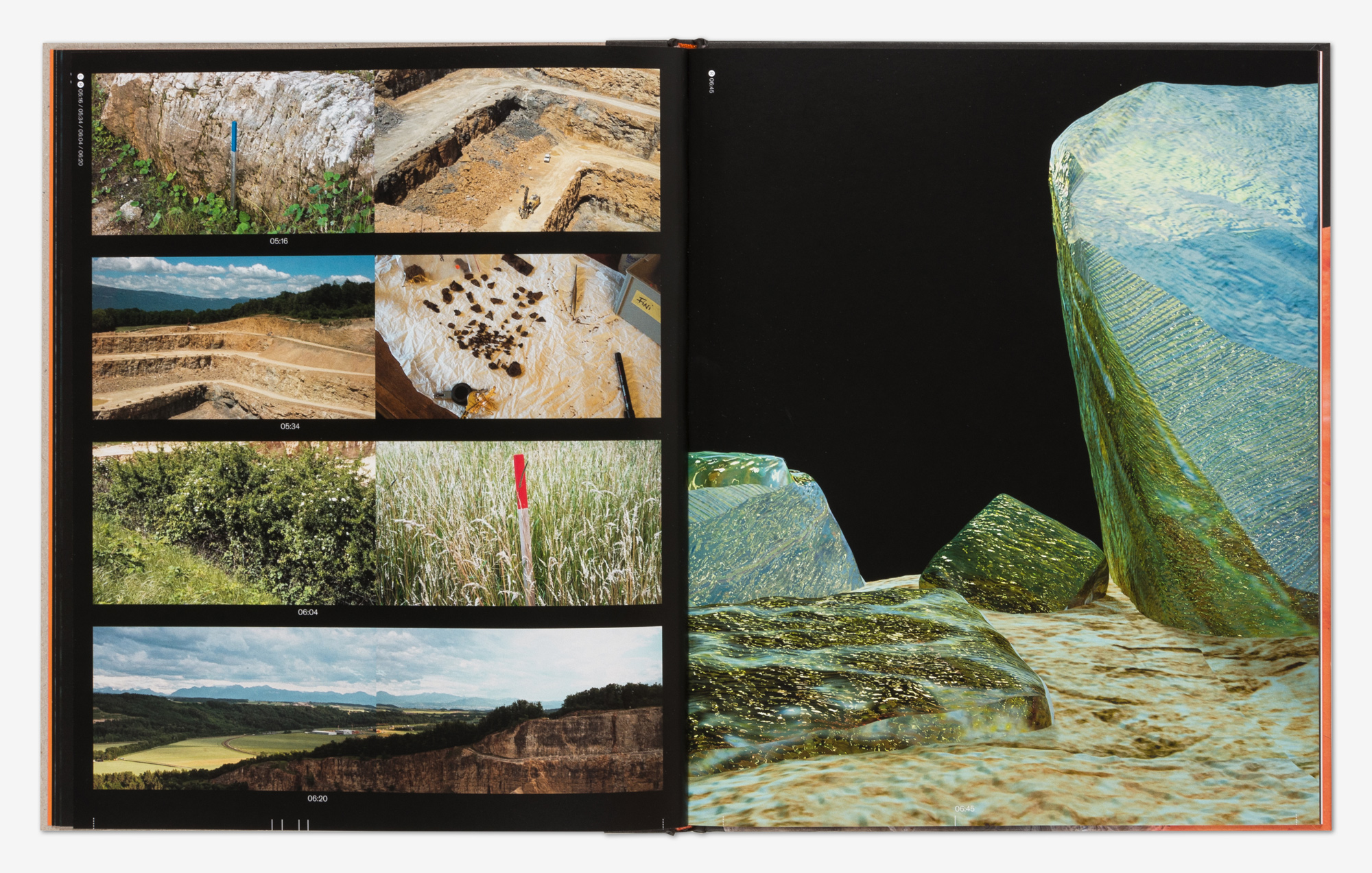 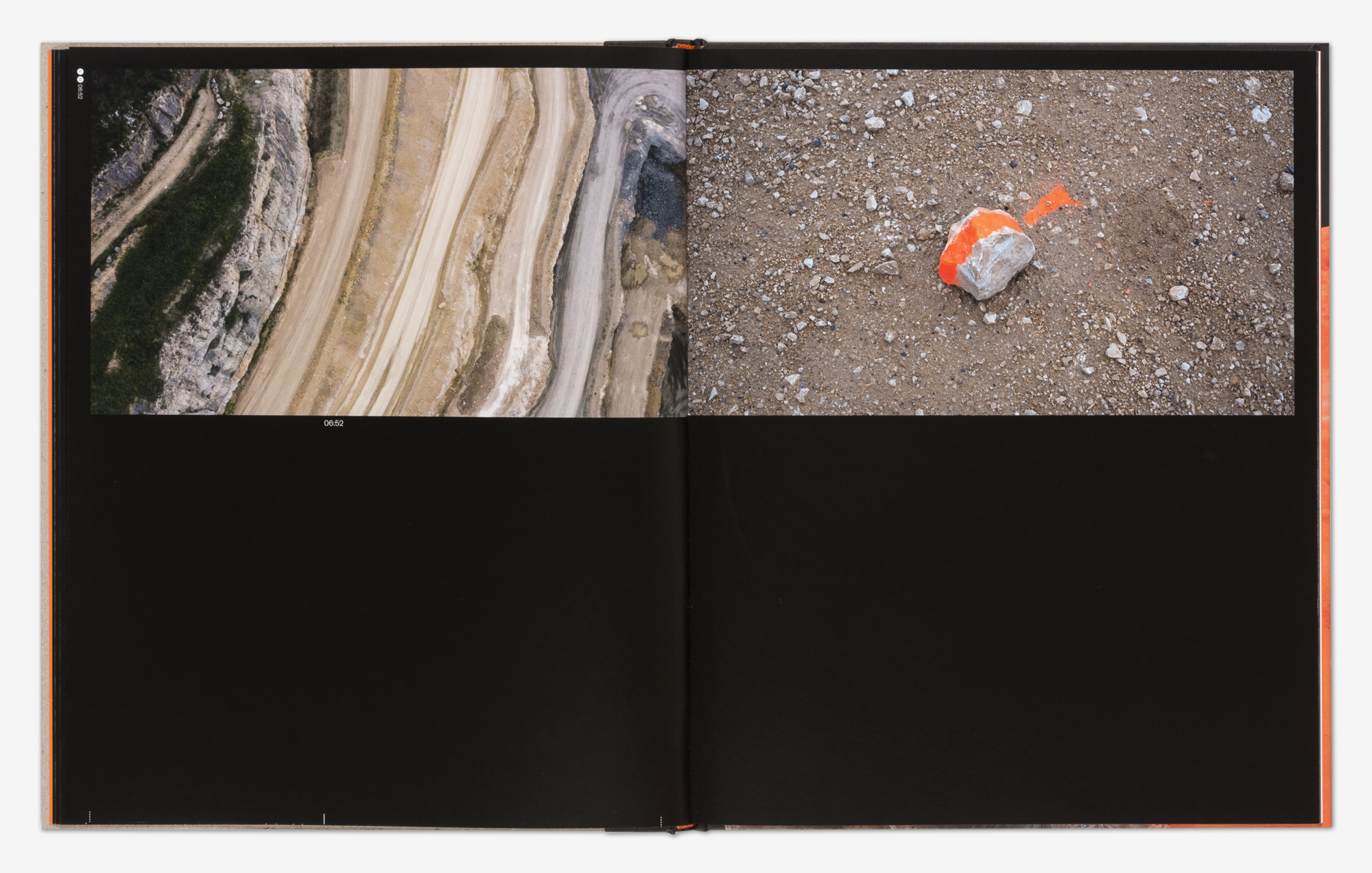 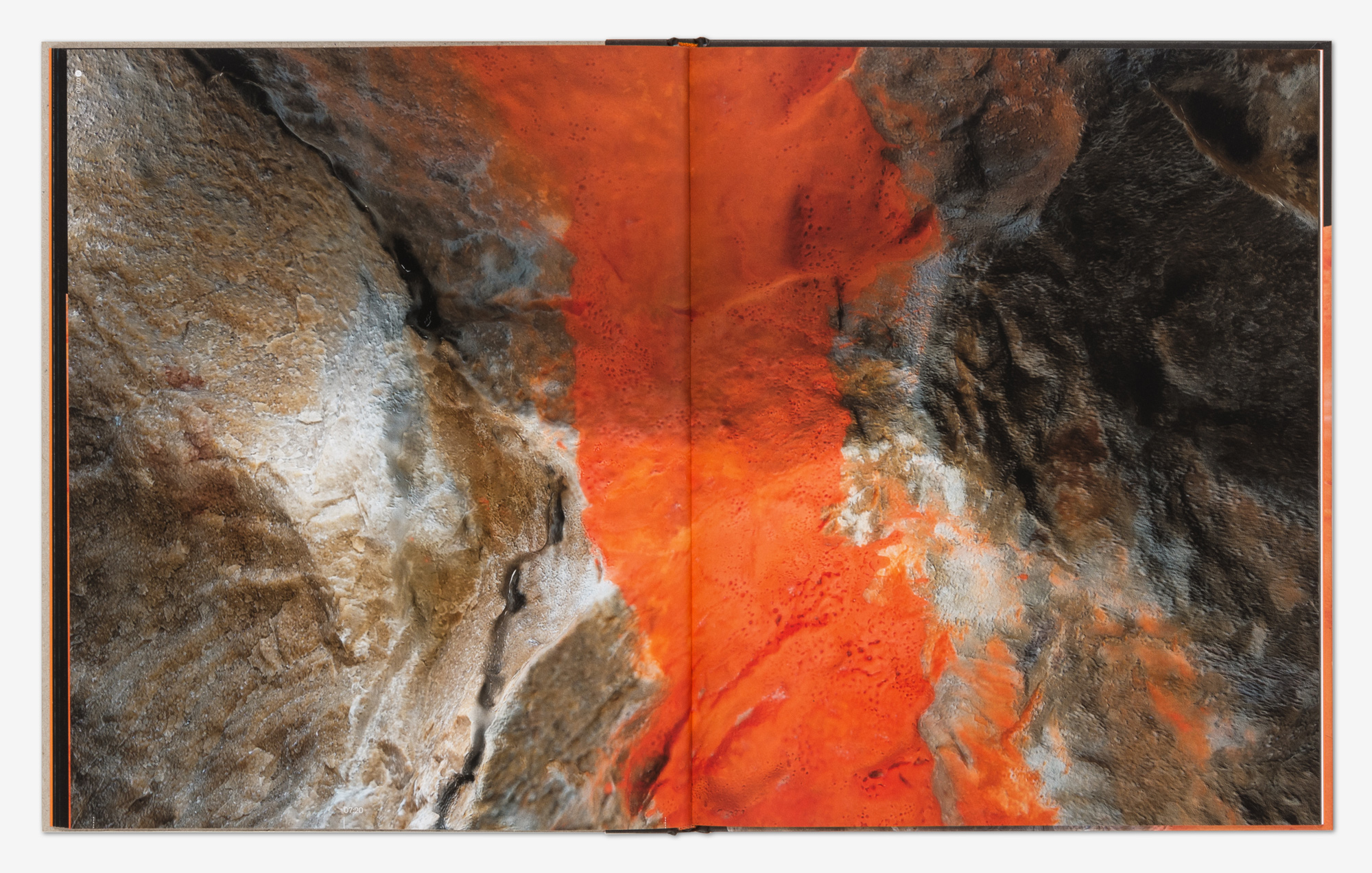 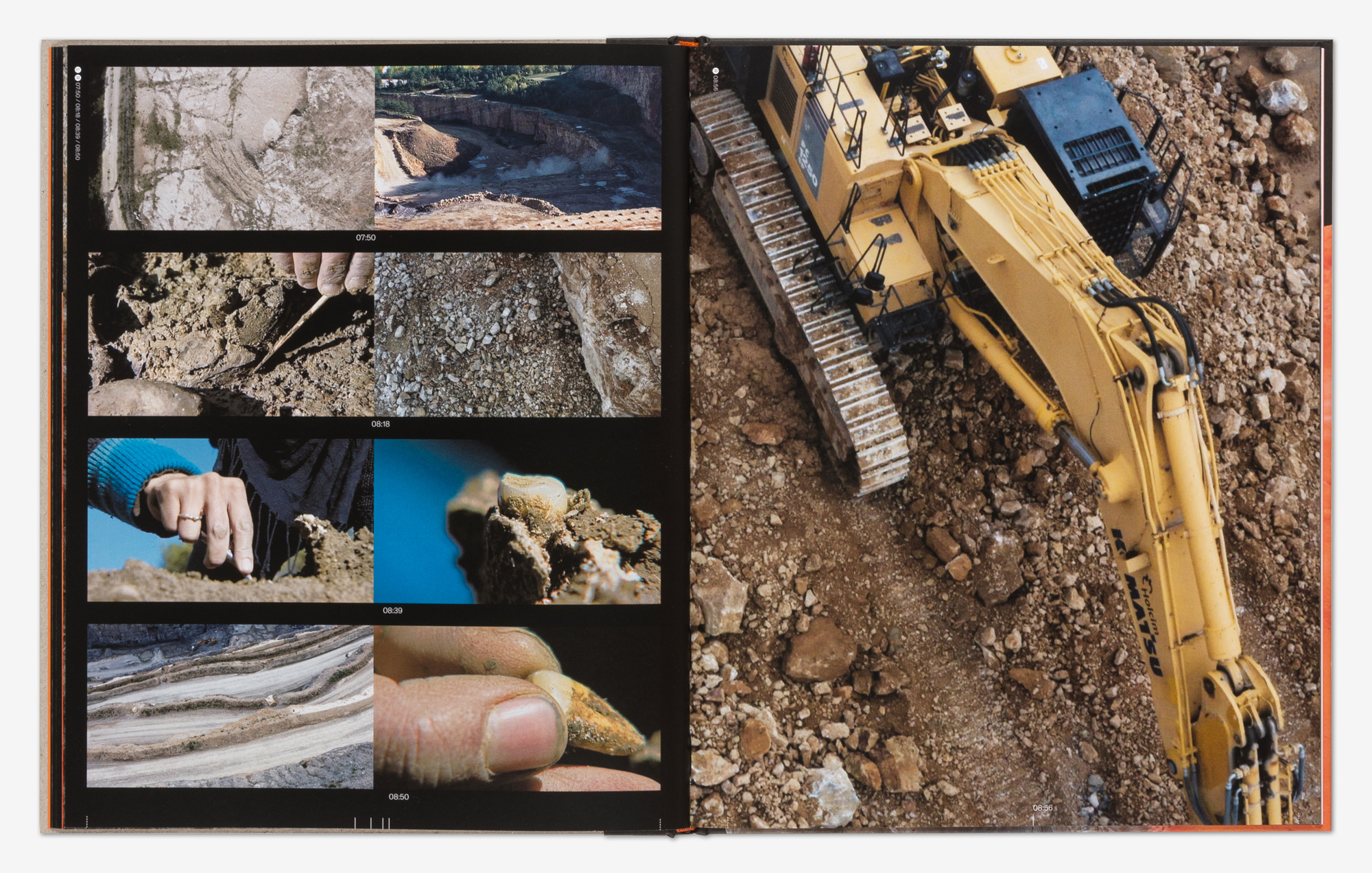 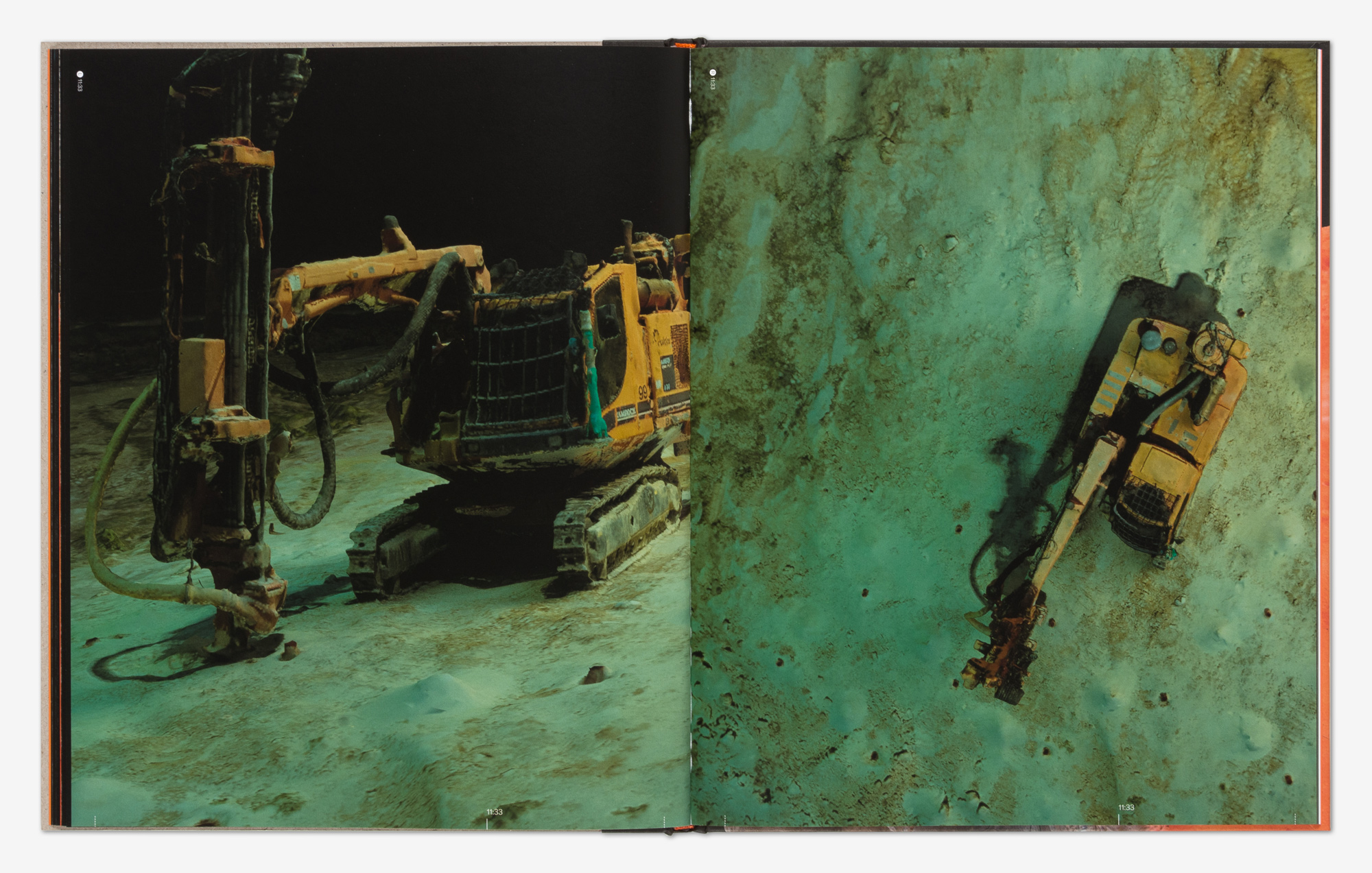 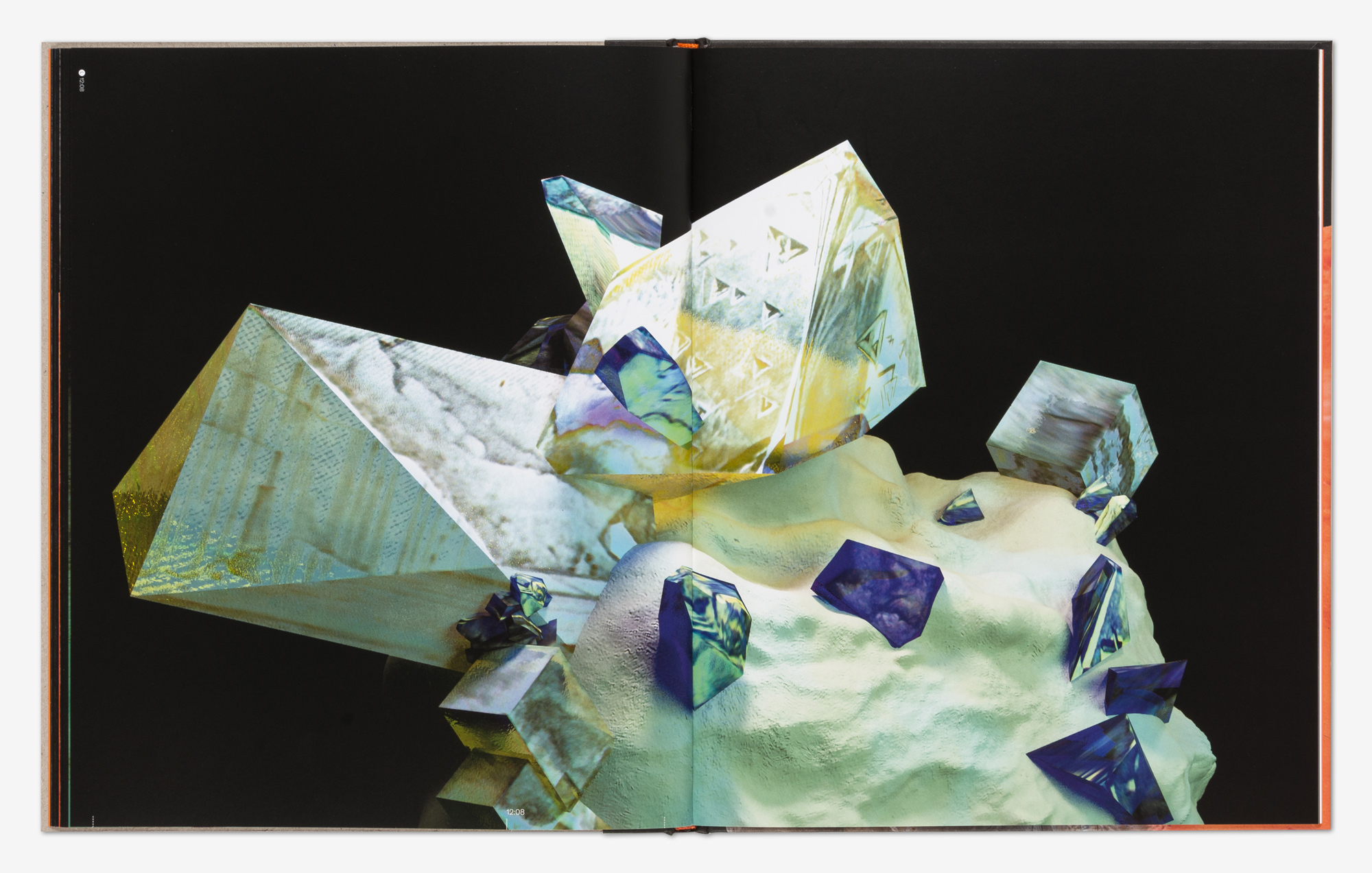 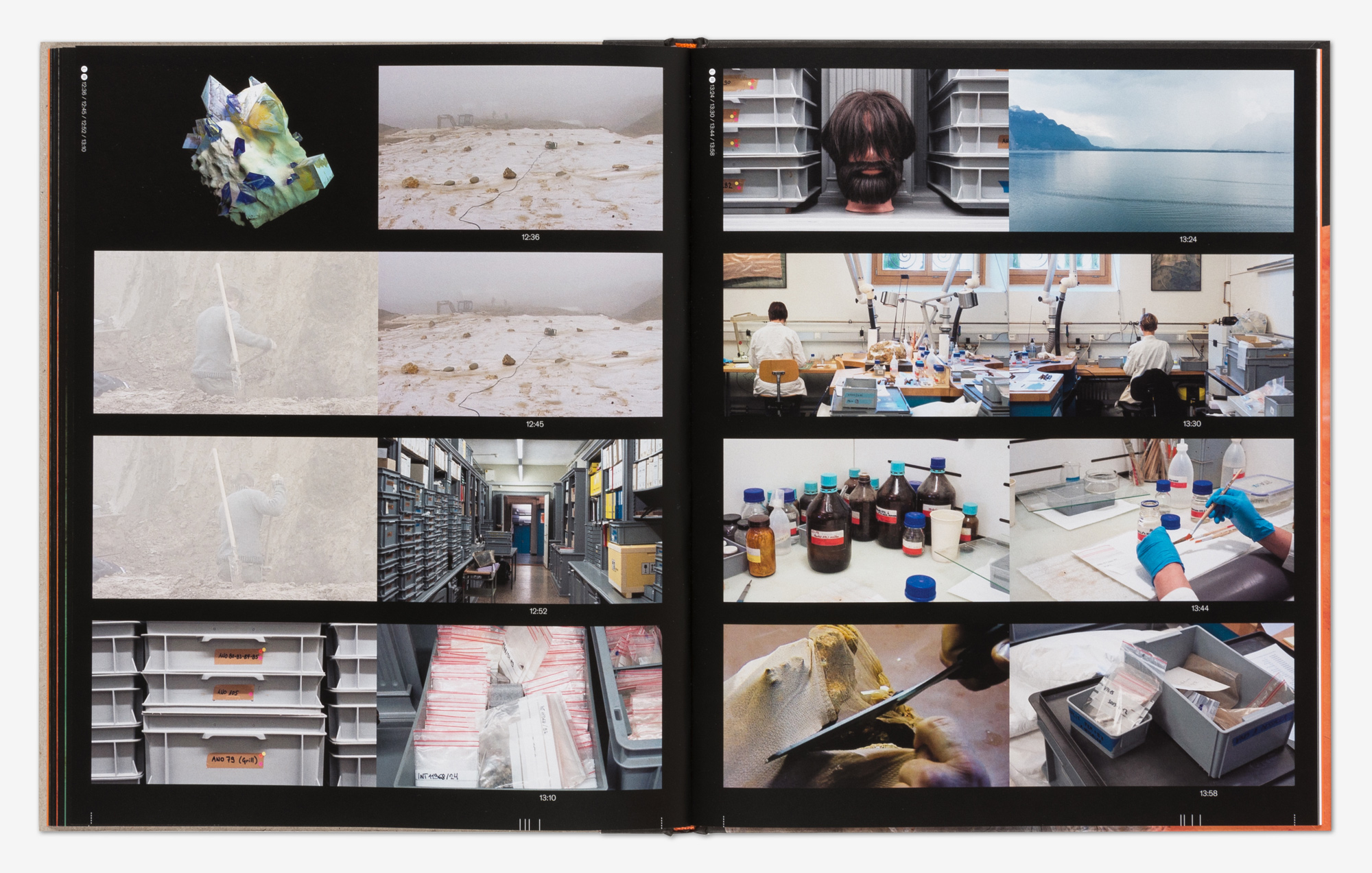 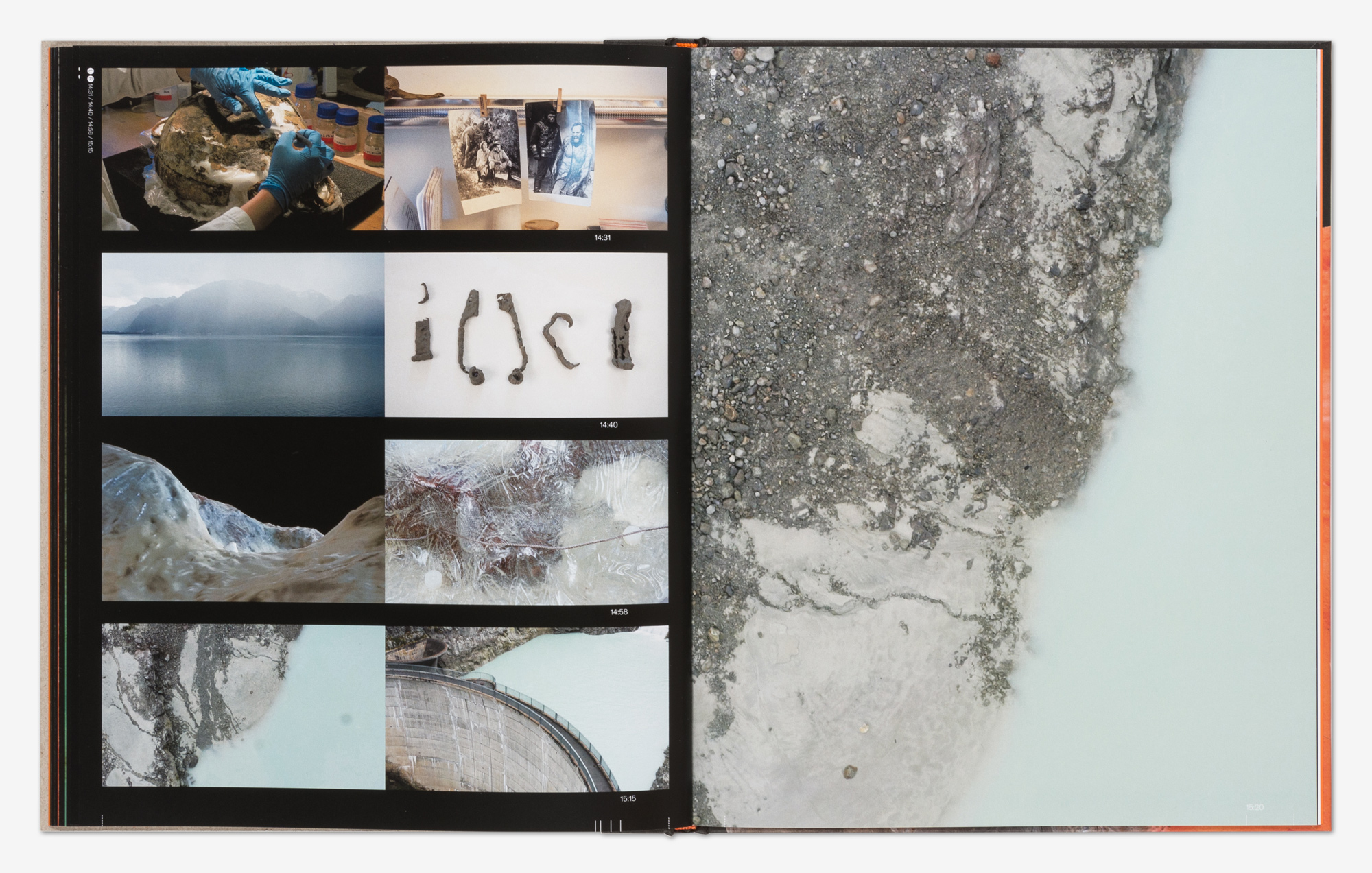 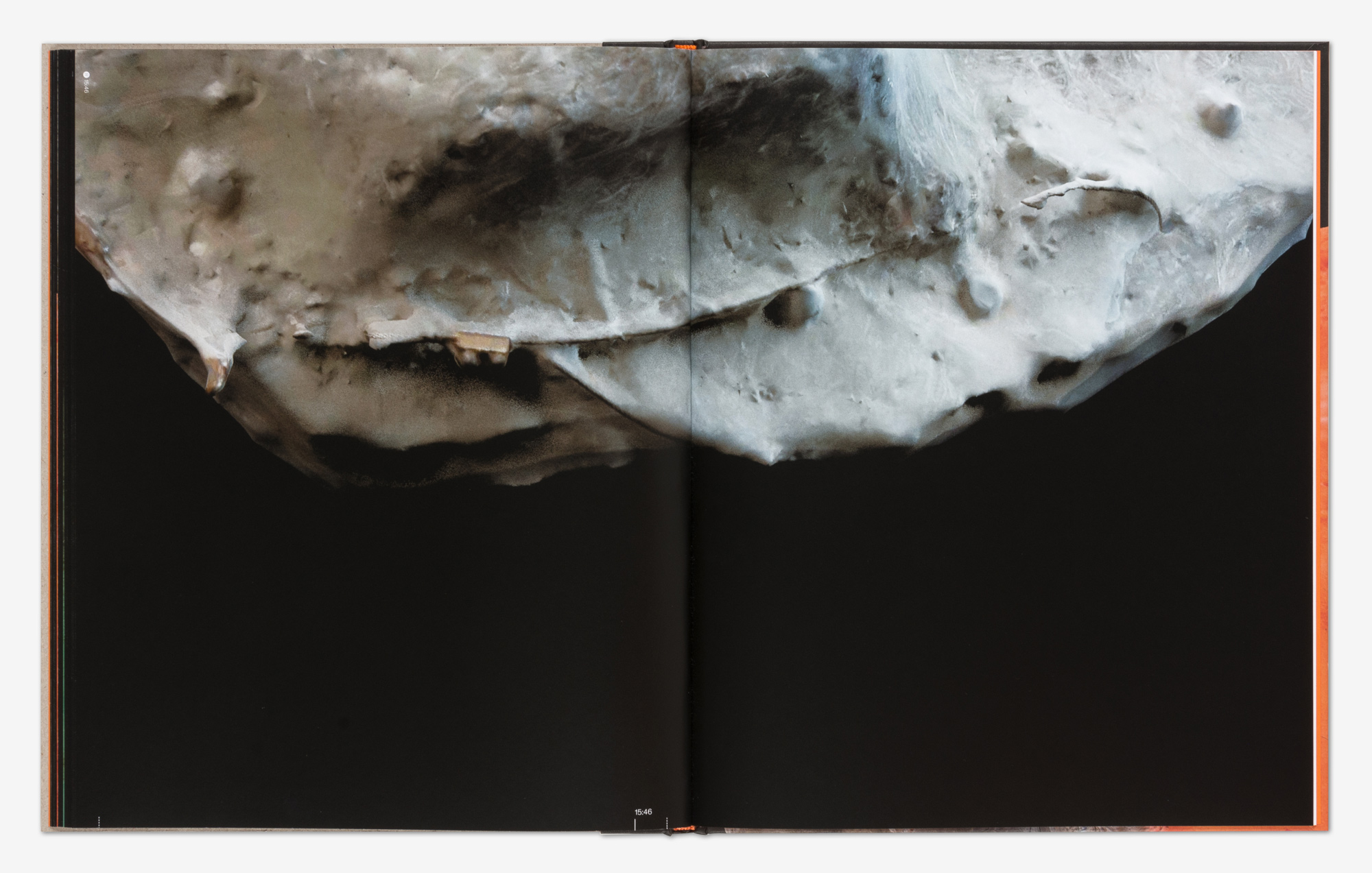 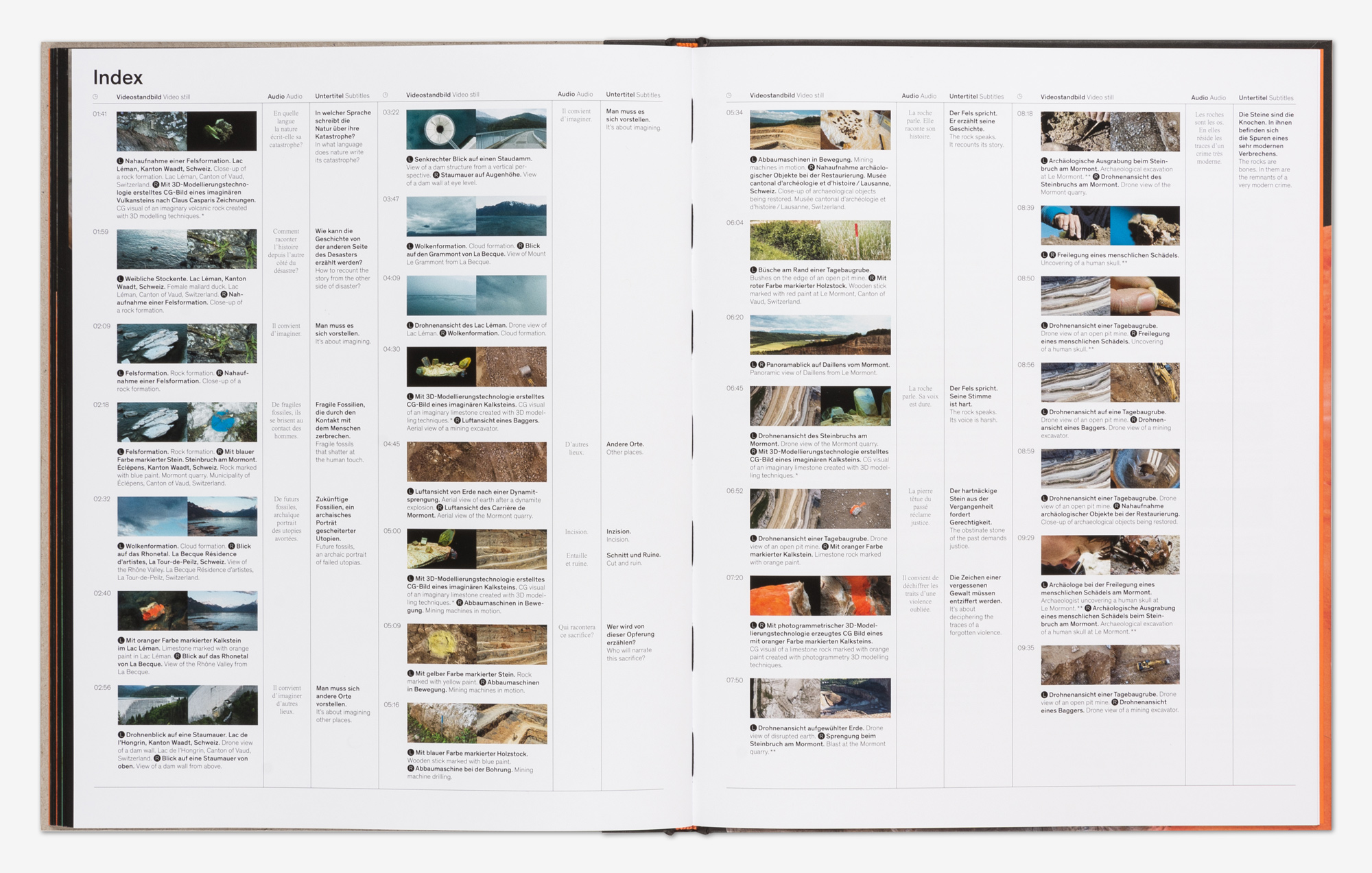 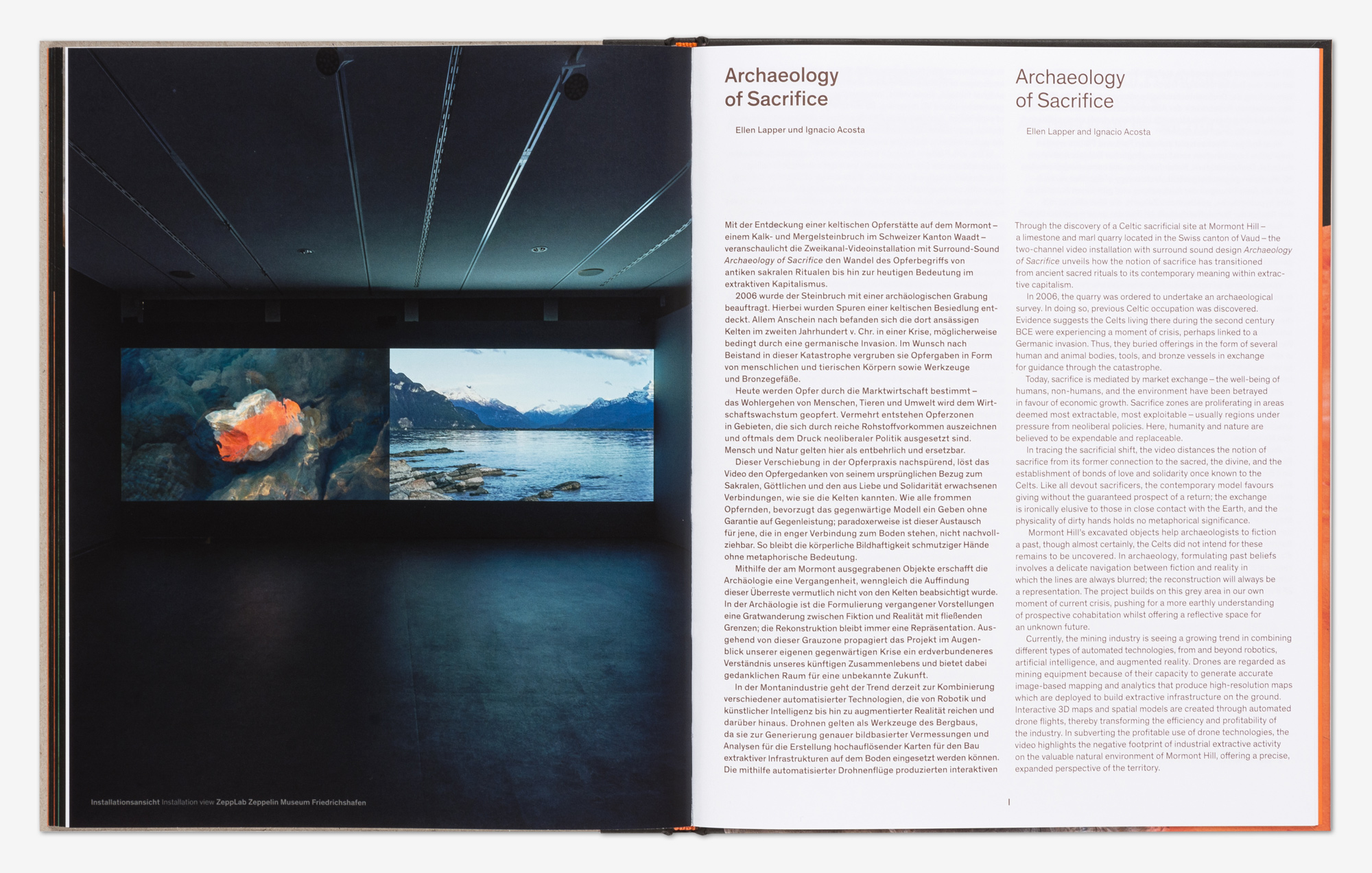 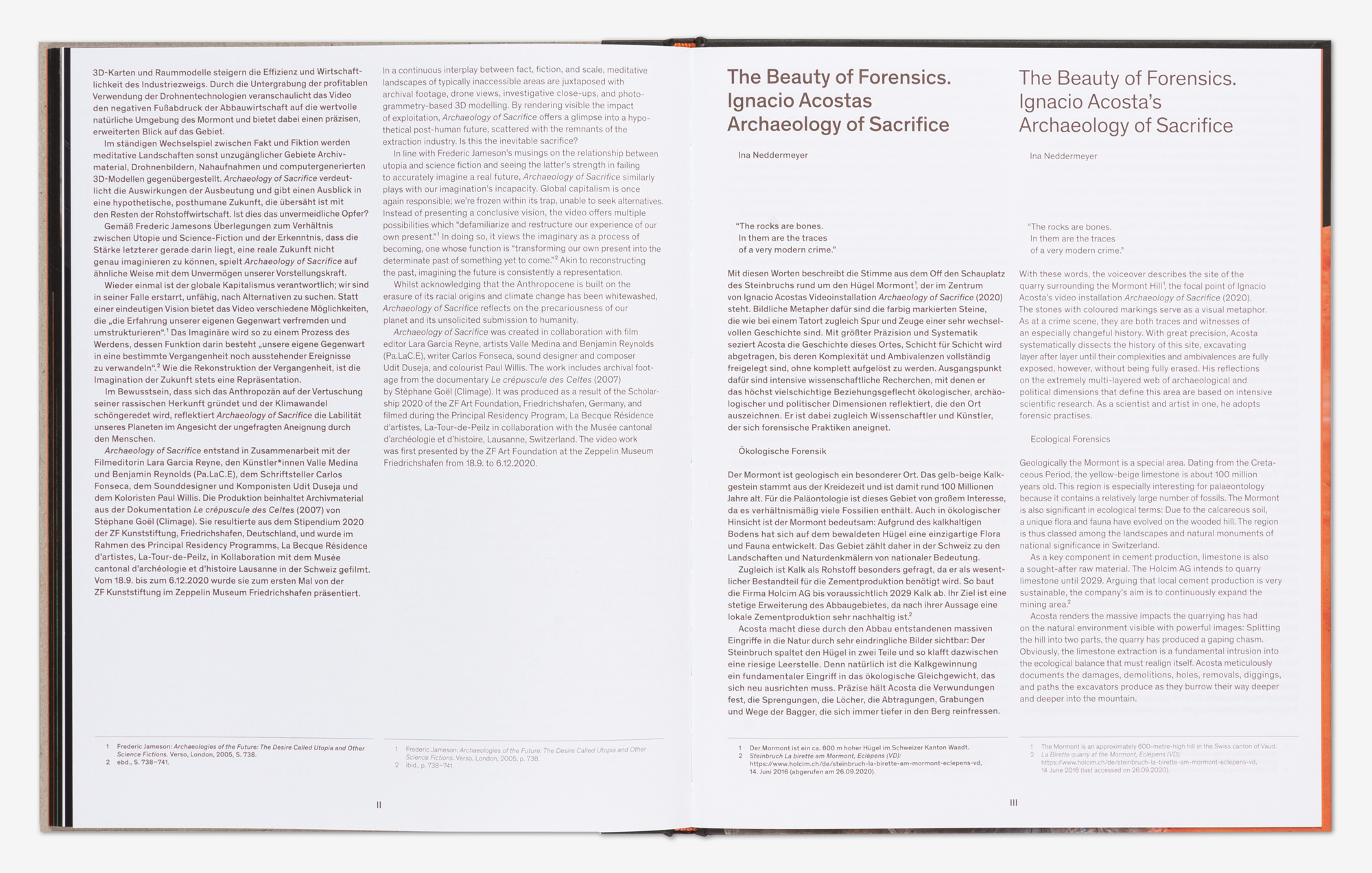