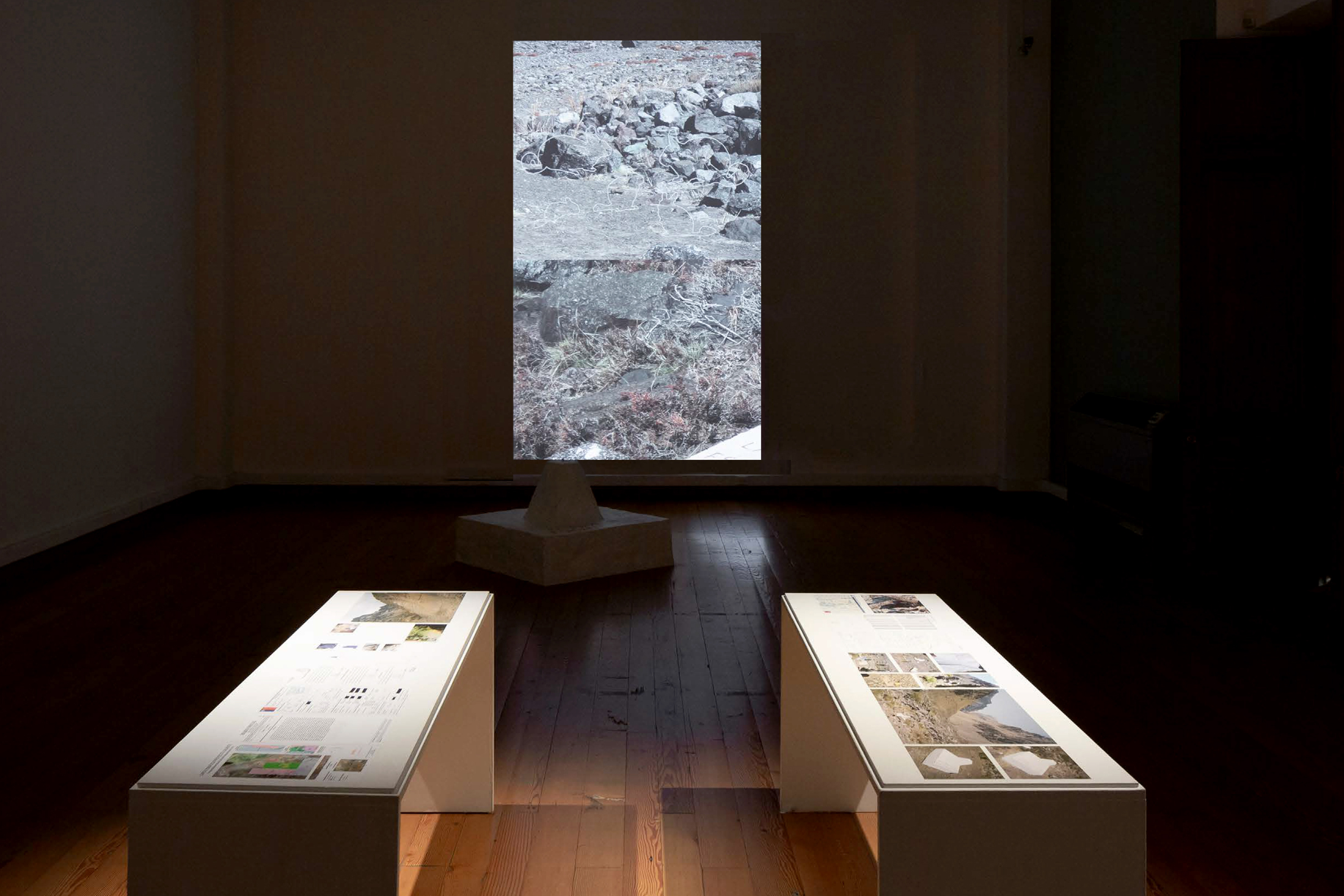 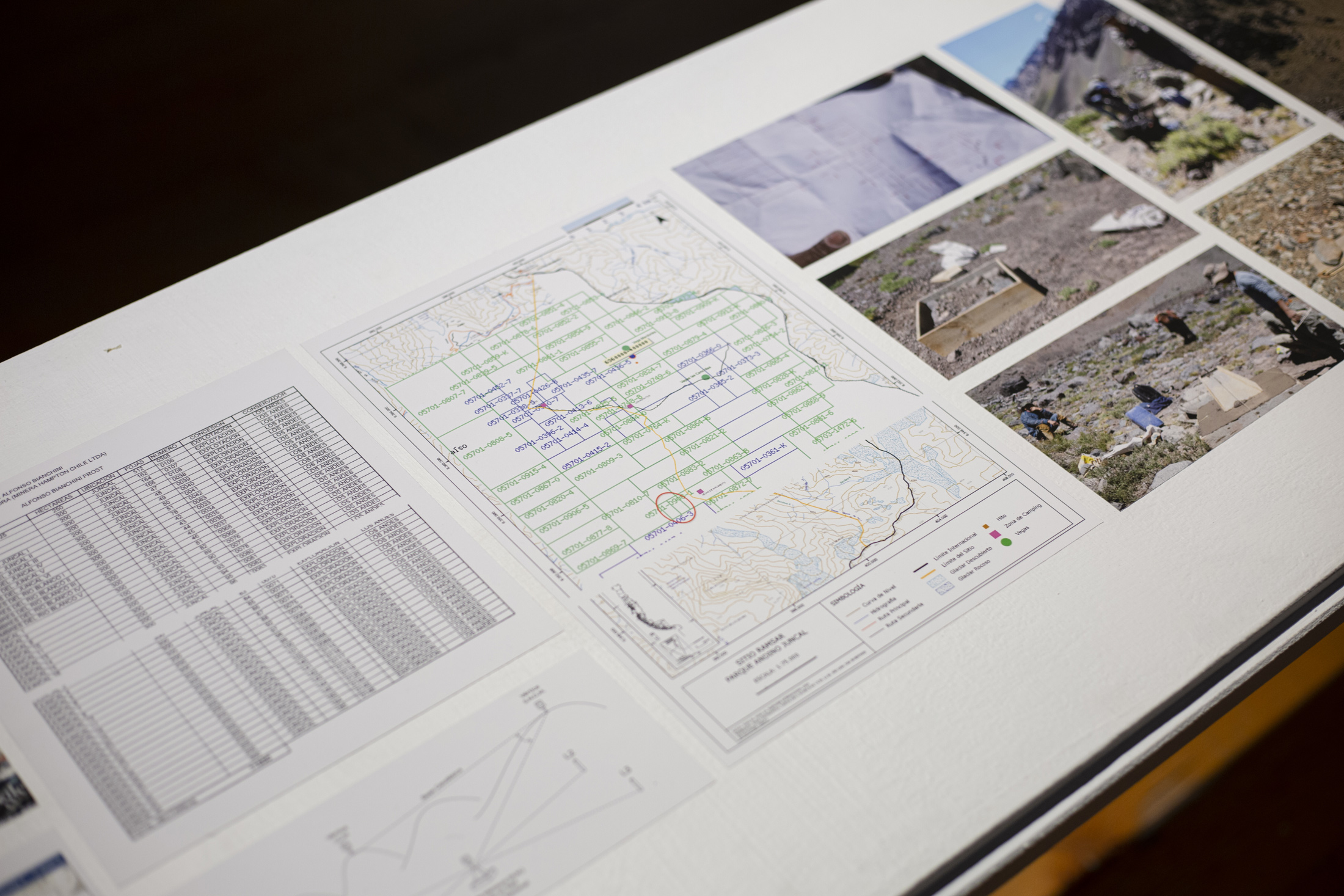 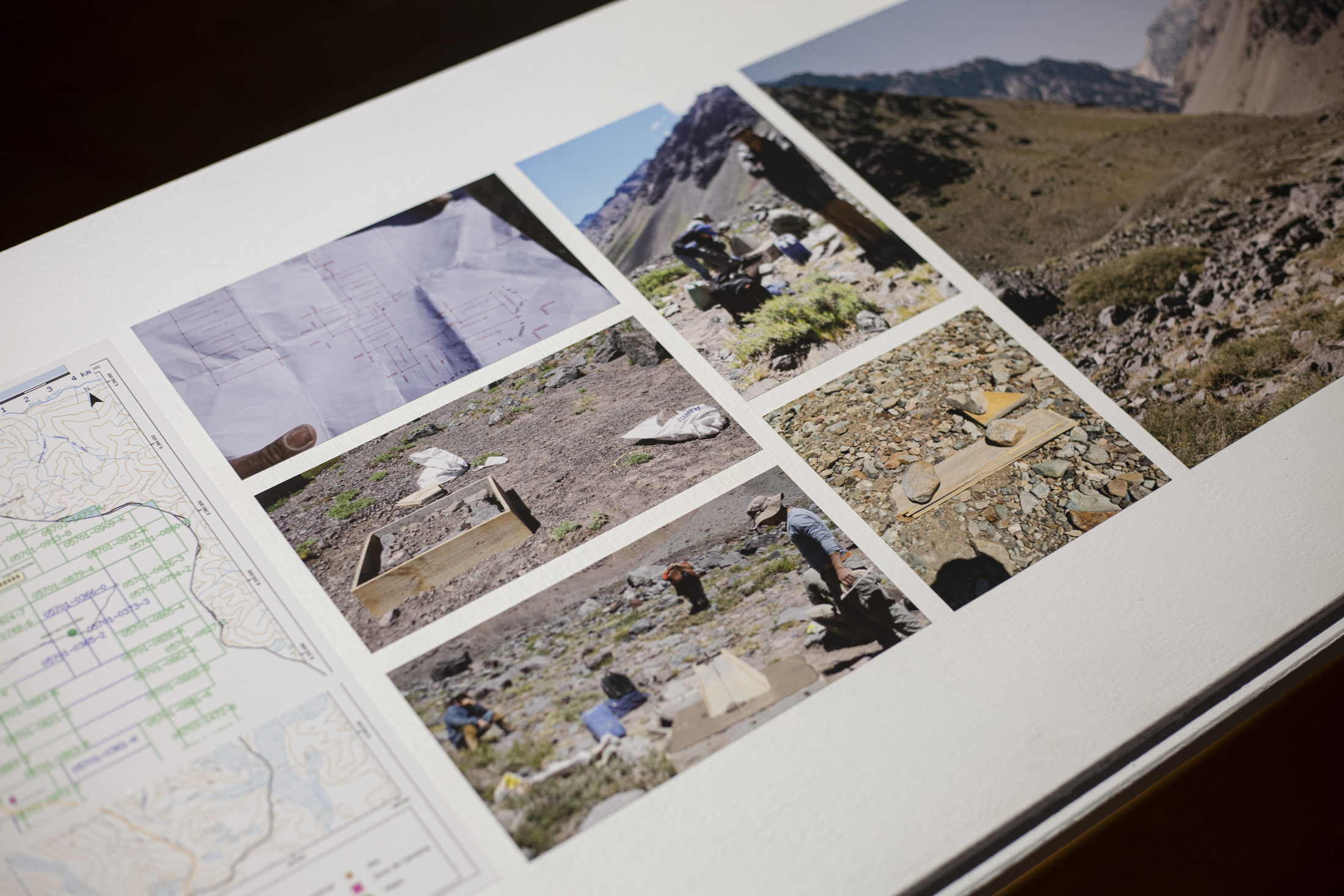 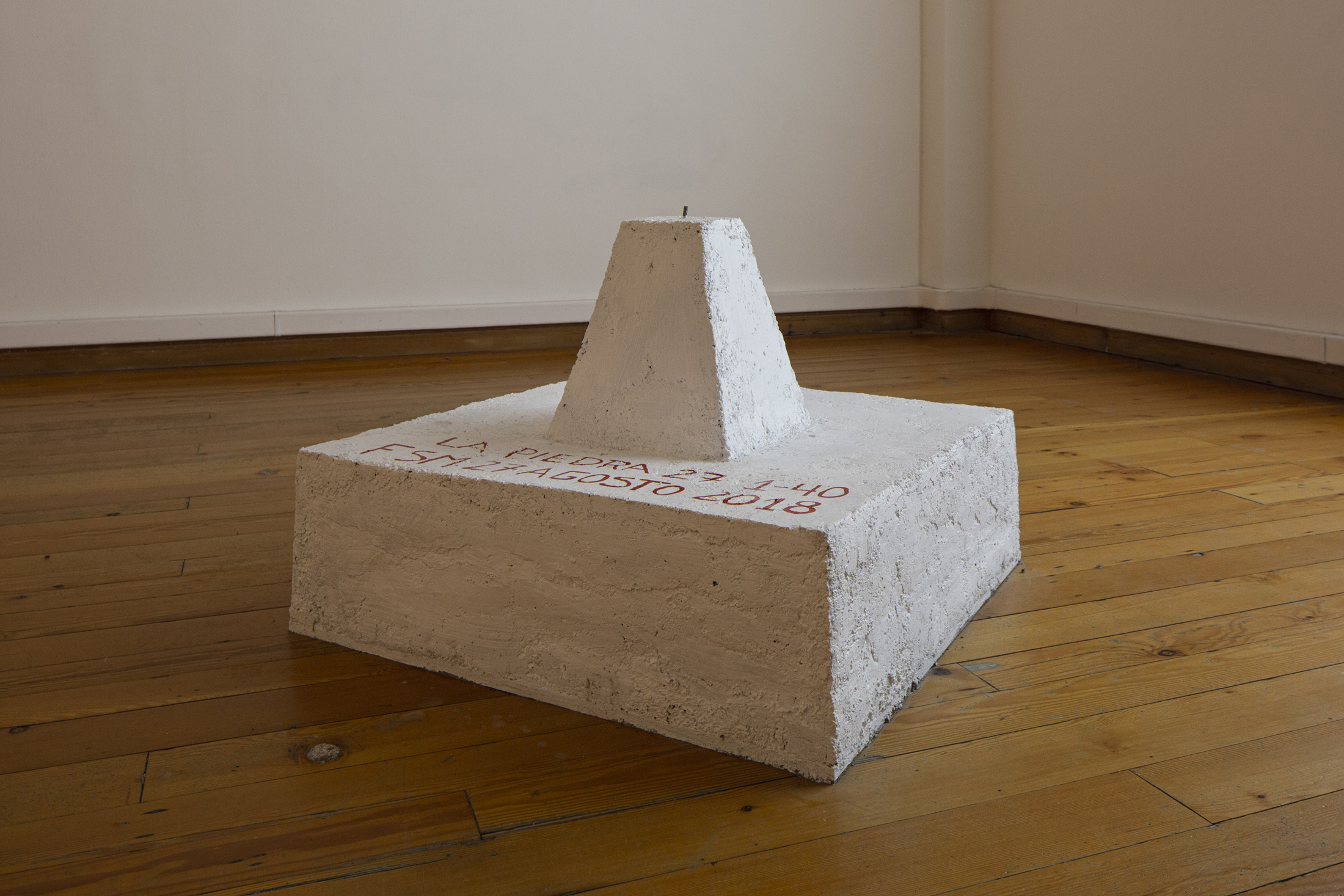 Installation view. Pedimento Minero, Bienal de Artes Mediales de Santiago, Museo de Arte Contemporaneo MAC, Santiago
Borders, fences and walls are constructions that mediate the relationship between humans and the natural environment. They are boundary markers that give form to rationalising logics, to appropriation and exploitation; demarcation is the action that transforms the landscape into a territory. Survey monuments of concrete and stones mark the sites of mining exploration and exploitation concessions at Parque Andino Juncal, located in the Valparaíso Region of Chile, where the Aconcagua River is born. These monoliths have transformed a protected area into a territory in dispute, torn between conservation and exploitation, wild nature and extractivism.

Pedimento Minero [Mining Monument] (2019) is a site-specific installation composed of a video piece, two sculptural objects and a table display of documents and photographs.

In the video piece Bitacora Mineros, a vertical and divided territory symbolises the legal framework imposed in Chile through the Codigo Minero (Mining Code), a law written during the dictatorship that separates land ownership from the mineral resources below ground level. The flora and fauna of Juncal, which has adapted to survive the extreme conditions of the high Andes, is now at threat from the exploitation of copper and gold deposits. The Juncal Mountain, which to our eyes appears an integral part of the scenery, is re-framed by the socioeconomic system as a container of exploitable resources, separate and unconnected to the surrounding ecosystem. Seen through the watchful eye of a drone, the artist builds a tale of vertical views, which is brought together with entries collected from the logbooks Avistamientos de Flora y Fauna and Bitacora Mineros, in which the park rangers recorded all movements of both animals and miners over January and February of 2019 on this protected portion of the mountain.

Projecto Caliente presents a collection of archival materials put together in collaboration with activist Tomás Dinges. The display is composed of images and documents that evidence the threat of mining exploitation, revealing the violent division of the expanse of the mountain range.

One Mining Monument complete the installation, replicating to scale the stone markers set up in Juncal in January 2019.

Erected in the high mountains these survey monuments modify nature, marking the point of submission of a landscape to its eventual exploitation. In the museum each is, instead, a ritual body that seeks to restore the connection between the above and below of ground level.

Supported by Arts Council England and the British Council.